After literally waiting years for Lil Uzi Vert to release his Eternal Atake album, LUV fans now have almost more Eternal Atake than they can handle. Just a week after releasing the long-awaited project, Lil Uzi followed up with a deluxe version that turned out to be a whole new album titled LUV Vs. The World 2. Now, he’s dropping another batch of EA-related goods on his supporters, in the form of a massive drop of cheeky album merch: T-shirts, hoodies, sweatpants, posters, and more.

Most of the shirts and hoodies’ designs callback to the early Eternal Atake promotional material, itself a kind of homage to really poorly designed religious organization websites (the Heaven’s Gate imagery is almost impossible to ignore). The lettering is big, blocky, and colorful but cheap-looking –purposely so — and the photoshop resembles that “Brother John is pretty handy on the ol’ Macintosh” vibe that a lot of the early, DIY internet had before you could create a near work of art on your iPhone (also, get off my lawn). It’s all very tongue-in-cheek and delightfully nostalgic. Take a look at some of the designs below, and make your purchase’s on Uzi’s store. 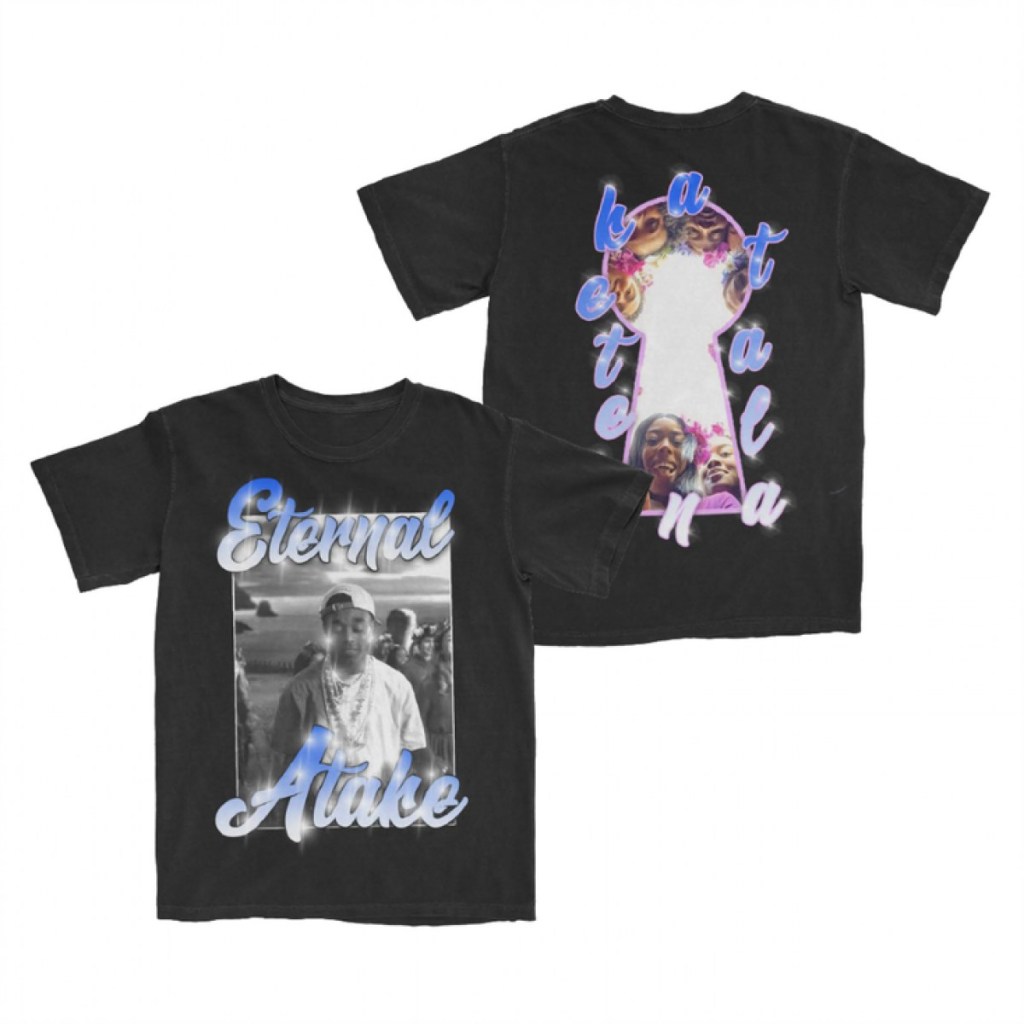 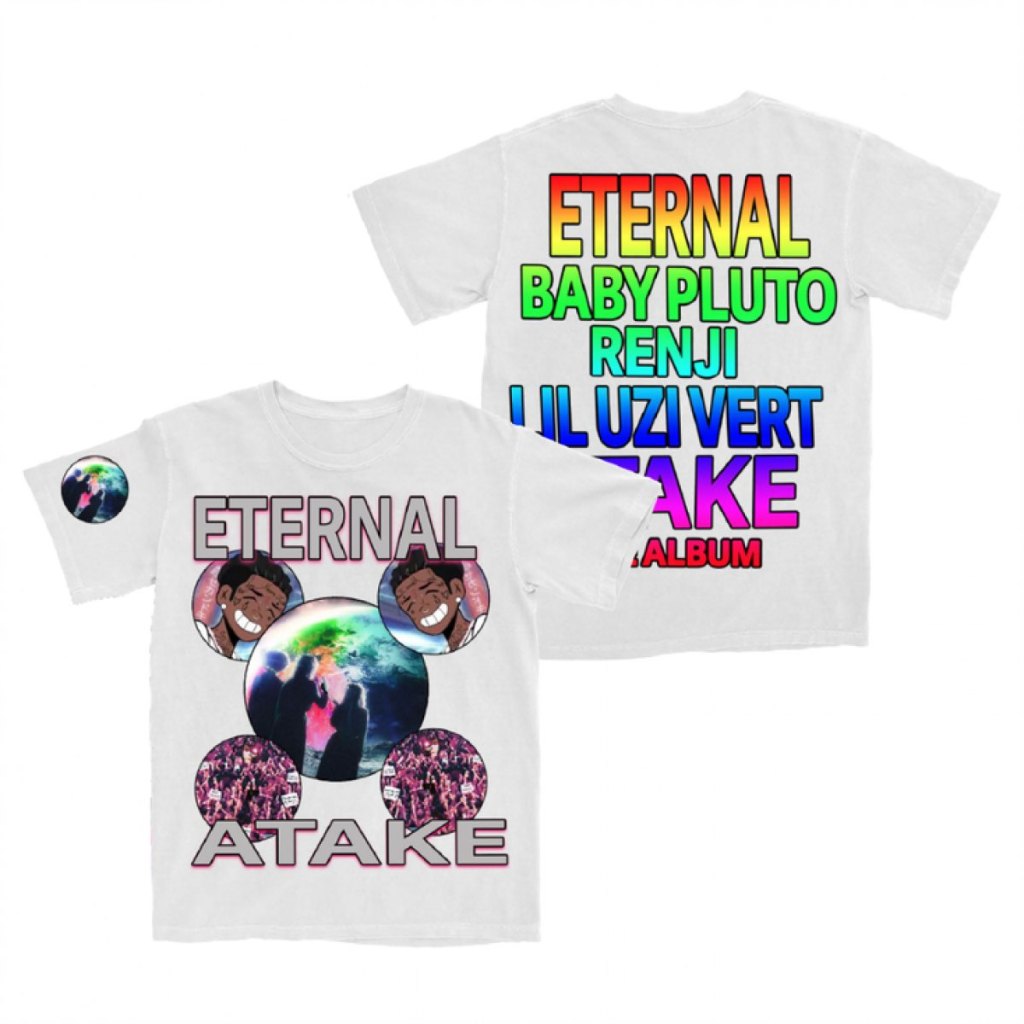 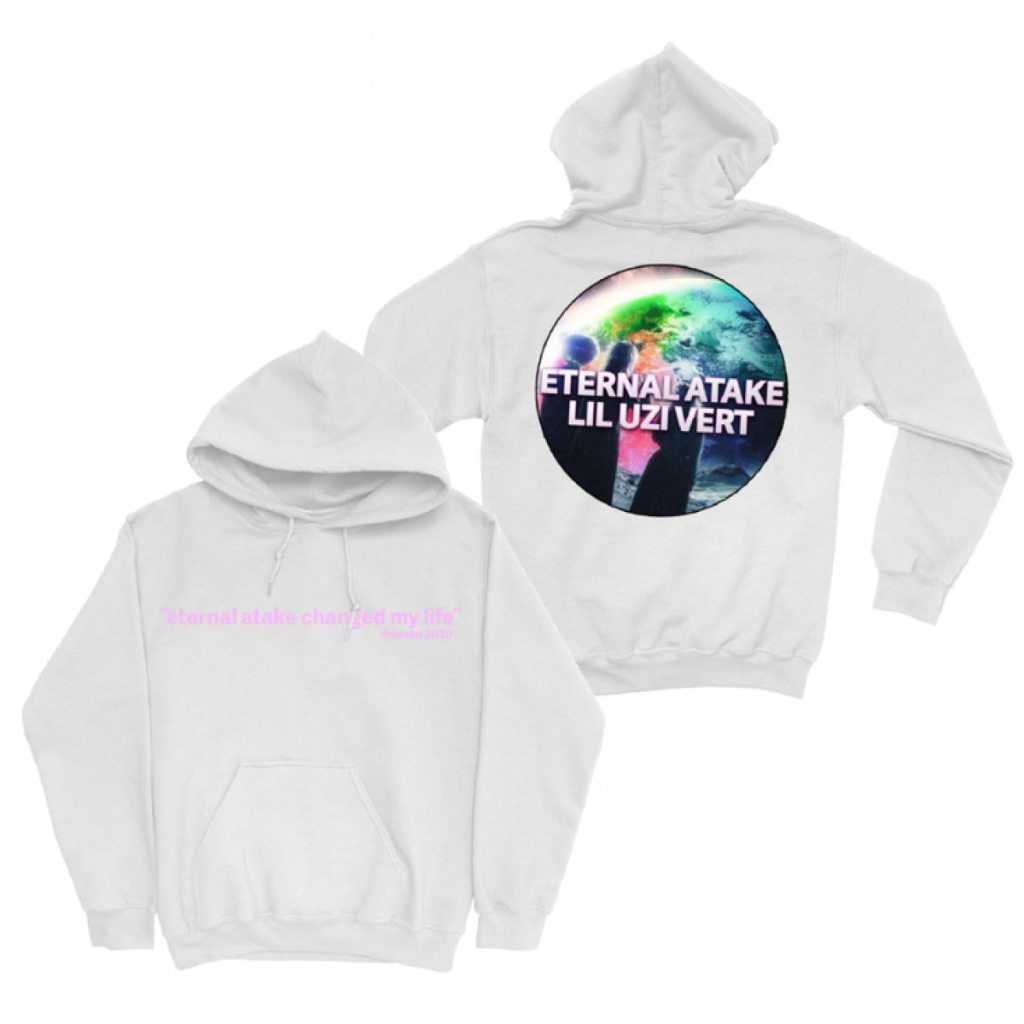 Eternal Atake is out now on Atlantic. Get it here.