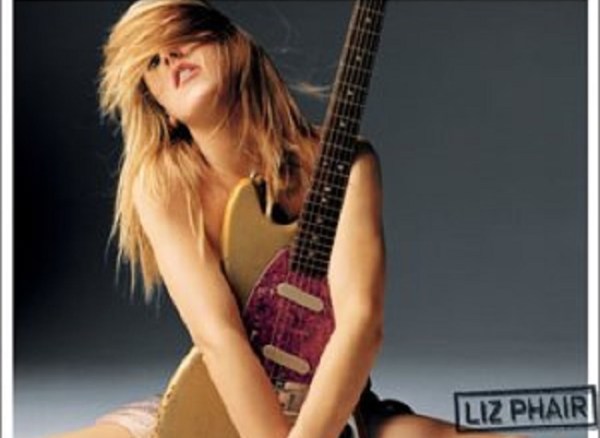 Liz Phair was a young woman once. She took a lifetime of experience and thoughts and feelings and put them into her debut album, 1993’s Exile in Guyville. It really connected with people. It remains a much loved record, considered by many to be one of the best rock records of the ‘90s. This may be where the problem started.

Exile in Guyville was lauded for its musicianship, sure, but mostly people were interested in Phair’s boldness. Here was a relatively unknown woman speaking, with bluntness and acidity, about all sorts of issues that come with sex and romance and being a woman. An answer to The Rolling Stones’ Exile on Main Street, it has been called. It sure is an answer to something, as songs such as “Never Said” and “F*ck and Run” make clear. It was a bold act, and Phair was lauded and loved for her boldness. By making some good, honest music, Phair has inadvertently become an icon of sorts. She had “authenticity.” Again, this may be where the problem started.

The success of Exile in Guyville made her a “professional musician.” That is to say, when she released her next album, Whip-Smart, she was on the cover of Rolling Stone and appeared on late night television and so on. People didn’t like it as much, which isn’t a surprise. One, because it would be hard to equal Exile in Guyville on quality, and two because this is the nature of the music business. You are always held to the standards of your most beloved work.

Phair followed Whip-Smart with whitechocolatespaceegg, which is, empirically, a dumb name for an album. She was no longer a young woman, which can be problematic enough in music. This is a record about her being a new mother, and about being a divorced woman. Frankness and honesty is what made Phair’s name, and while you won’t get as much enthusiasm and fervor for talking about being a mom as you will for talking about your twentysomething sex life, Phair was still giving people what they want. Then she stopped. And people flipped out.

There was five years between whitechocolatespaceegg and Phair’s next album, a self-titled affair. You think of self-titled albums as introductory, a way to tell you audience who you are. In a way, Phair was doing that. Liz Phair is a poppy record. She worked with the production team behind Avril Lavigne’s “Complicated” and some Hilary Duff songs. This is not what people thought of when they thought of Phair, and they were not interested in changing their mental image of her. She was still the Liz Phair of Exile in Guyville to them, but Phair was making songs like “Extraordinary.”

Critics, by and large, hated it. Longtime fans hated it. Phair was a sellout, the greatest crime a musician can commit. Pitchfork gave it a straight 0.0, which is a deliberate, bullsh*t act of provocation. Robert Christgau, a provocateur in his own right, gave it an A, which is amusing, but not indicative of how the critical community seemed to feel about the album. The thing is, it’s fine to dislike an album on its merits. Lord knows there have been some awful albums made. However, this was not the case here, and many critics made no bones about it. They expressly criticized Phair for having the audacity to make a pop record. In a sense, they joined together to proclaim, “You’re not punk, and we’re telling everyone!”

Is Liz Phair a good album? It would be the rabble rousing thing to argue, but, alas, that is not the case. It’s a middling affair, lacking the energy and verve of her earlier work. This is a reasonable thing to feel. It’s also reasonable to really like the album, or really dislike it. What is not reasonable, and what is particularly galling vis a vis the critical community, is disliking it for being a “sellout record.” Once you’re over the age of 14, shouts of “sellout” are profoundly inane. Liz Phair is a professional musician, who made a professional, and creative, choice. It is her business, and her life. Are there some conflicted feelings seeing her go from the gritty, topless cover of Exile in Guyville to the glamor shot of her on Liz Phair with meticulously tussled hair and strategically placed guitar, and all that represents? Sure, but it would be hypocritical to praise her as an independent woman for her seminal debut album, and then try and tell her where to draw the line.

Phair has released two albums since her self-title release made her persona non grata to many of her former fans. Her most recent album is 2010’s Funstyle, which somehow manages to have a worse name than whitechocolatespaceegg. It was an insignificant, independent release. It’s silly, and feels a little odd coming from a fortysomething woman, but let us not get into any “act your age” admonishments. The critical assessments were not kind, but they weren’t as vicious. People, frankly, just stopped caring.

The funny thing is, while ambivalence is not what musicians wants from their audience, it would have been a completely acceptable reaction to Liz Phair. That wasn’t good enough for the folks who, inexplicably, felt personally offended by Phair making music that was a major departure from the music she had made 10 years prior. The people who complained about Liz Phair are the same people who complain about movie remakes for “ruining their childhood” or whatever nonsense frippery they say to espouse their indefensible feelings.

You know Exile in Guyville? It still exists. It’s still a top notch album. Nothing has happened to it, and nothing ever will. As for Liz Phair? That’s an entirely different entity, one that’s only tie to Exile in Guyville is the same person made it. You can forget about it, you can avoid listening to it like the plague. You always could. People loved Liz Phair because she was willing to rail against all the sh*t she had put up with, and then they gave her even more sh*t to deal with. All because she dared to make a little bland pop music. She kept doing it, too, even when nobody seemed to want it anymore. If that’s not authentic, then what is?