Everyone remembers the Dabbing Santa sweaters 2 Chainz put out for charity a couple of years ago, right? Well, it looks like we’re getting some new hip-hop-inspired holiday sweaters this year courtesy of UK-based NotJust Clothing. The brand, which bills itself as socially responsible and environmentally friendly, is also embracing body positivity with one of the year’s hottest breakout stars: Lizzo, whose knit face graces a new sweater available for purchase at the brand’s website.

The sweater, which features Lizzo in her workout outfit from the video for “Juice,” is also covered in juice boxes and “100” emojis and features the slogan “100% that Christmas bitch,” updating the tagline from her megahit “Truth Hurts.” There are also a pair of flutes knit onto the front in honor of the instrumental talent that helped make Lizzo the ubiquitous star she’s become since her viral flute solo video.

If Lizzo isn’t your jam, NotJust Clothing has another sweater featuring 2019’s other biggest breakout star, Lil Nas X. The front of that sweater is patterned to resemble a cowboy’s shirt and jacket, while the back has a rearing horse and rider under the caption, “Lil X Mas.” NotJust also has sweaters paying homage to other 2019 pop culture heroes like Alexandria Ocasio-Cortez, Megan Rapinoe, and Jonathan Van Ness from Queer Eye. According to the brand’s website, all their sweaters are “produced in ethical-working conditions to tackle sweatshop labor.”

Check out the designs below and more of the offerings on tap at NotJust’s website. 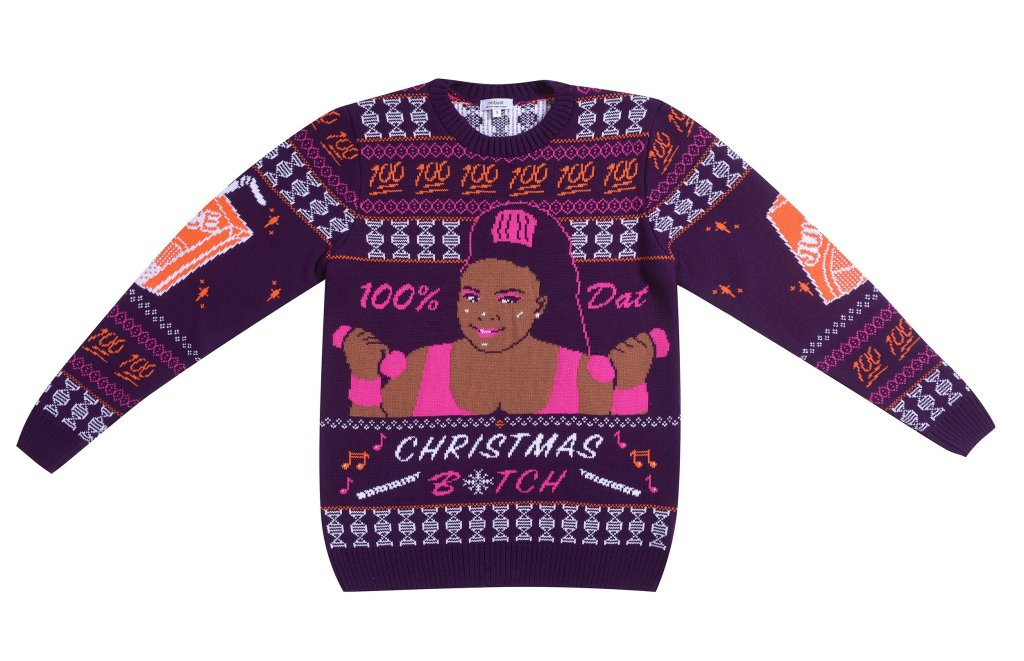 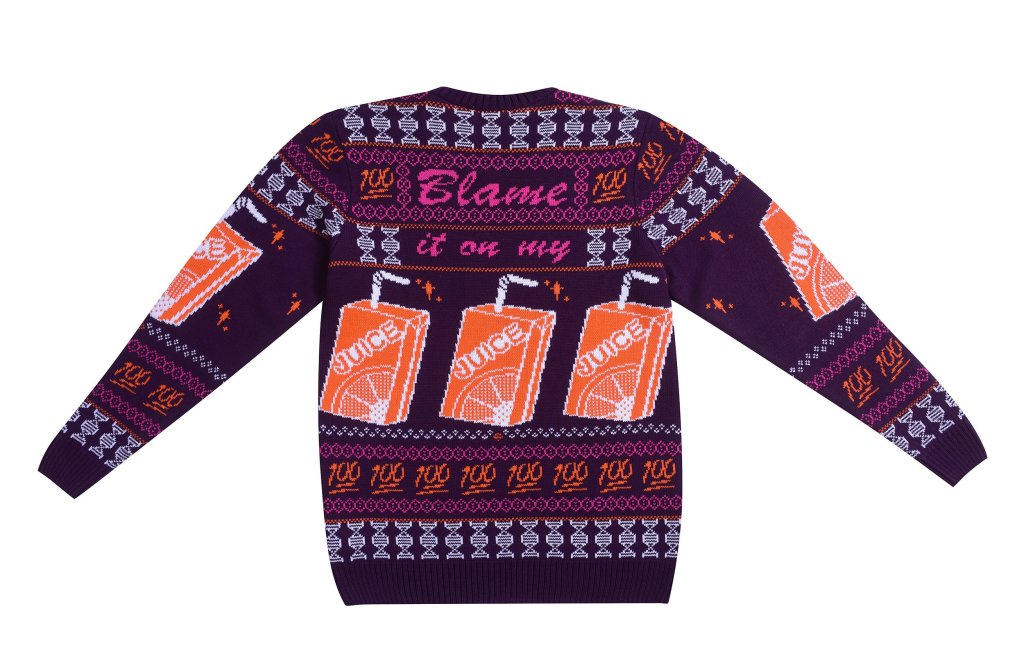 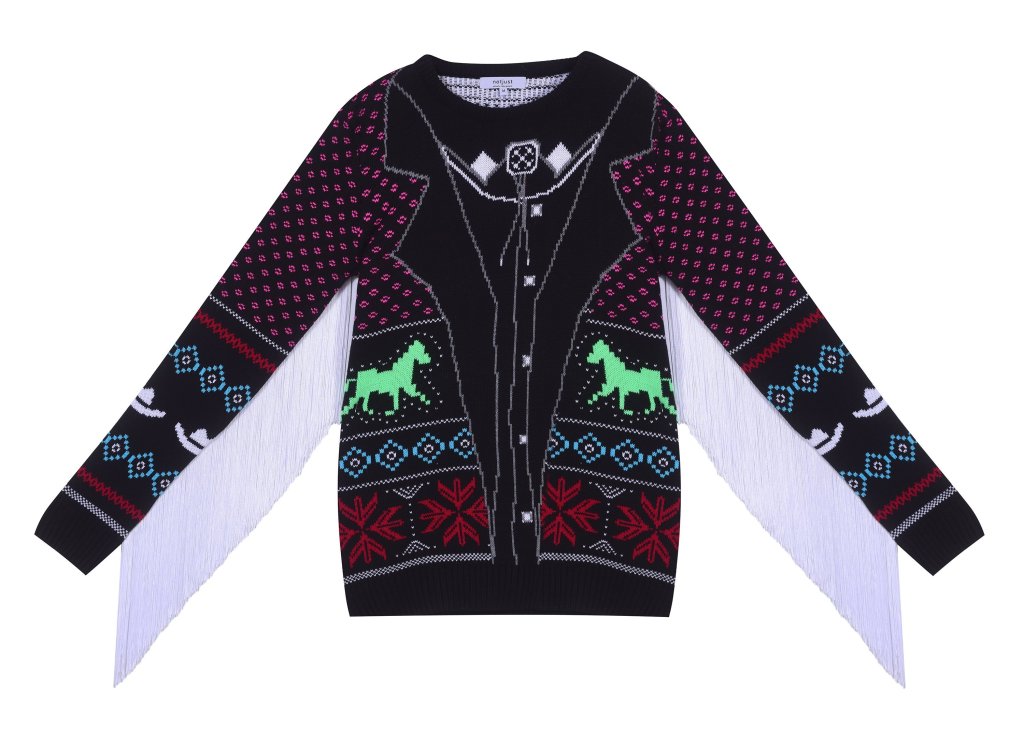 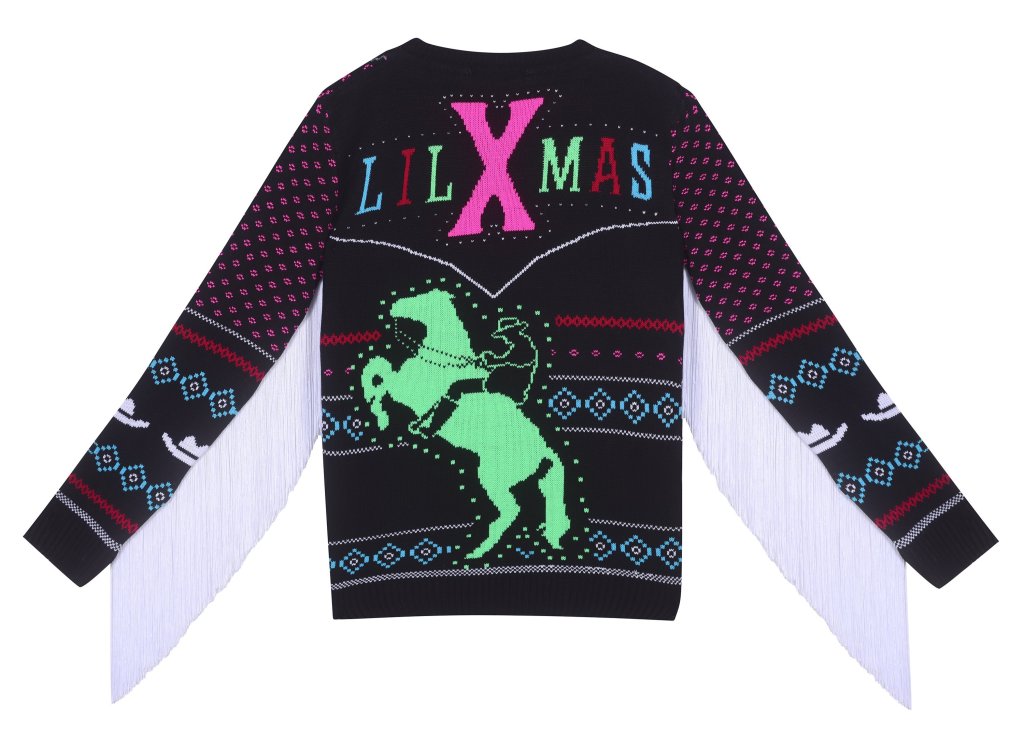