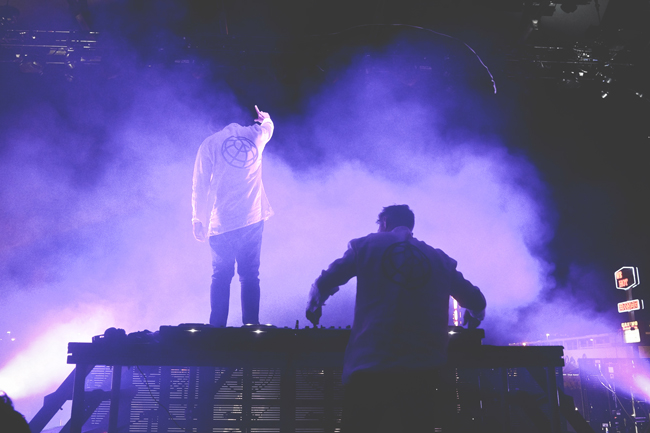 Recently, with relations between the United States and Cuba getting increasingly better, and the embargo placed on Cuba by the United States getting more and more lax, we are hearing an increasing number of stories about what pop culture thing will be the first “X in Cuba” since, well, Fidel Castro came into power. For example, House of Lies, of all shows, got the jump on all other TV shows to get to be the first to film in Cuba. Now, we turn to the world of music, to find out that Major Lazer will be performing in Cuba, marking another milestone.

Well, it’s sort of a milestone. The Diplo project is being labeled the “first major American act” to perform in Cuba since the restoring of diplomatic ties. Because, in truth, who knows what sort of rando Americans have gone down there with a guitar and played some music? Also, Canadians have been free to go down to Cuba for years, and Canadians are basically Americans, right? (Do not mention this to their face.)

However, these caveats aside, let us not completely bury this. It certainly is significant that a notable music act, one that most people have heard of, is playing a concert in Cuba. It is a notable bit of diplomacy and cultural exchange. The concert, which is free, will take place in front of the U.S. Embassy in Havana on March 6. A press release also says that, “as part of the cultural exchange, Major Lazer will meet with Cuban music students and young, up-and-coming local DJs that will share the stage with the group.”

When Major Lazer is getting to perform in Cuba, can there truly be any boundaries left between these two nations? Major Lazer will be the David Hasselhoff of Cuba, basically. Plus, maybe they can get that trillion dollar bill back…