Regina Spektor Opens Up On Her New Single ‘Bleeding Heart’ 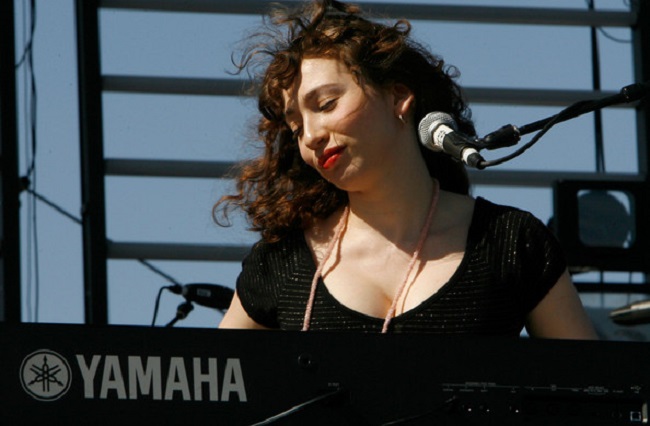 Regina Spektor, the quirky singer-songwriter and pianist, hasn’t released an album since What We Saw from the Cheap Seats in 2012. Although, if you watch Orange is the New Black, you’ve heard her song “You’ve Got Time,” which was written for the show, a bunch of times, unless you skip the opening credits. Now, though, Spektor has announced her seventh album, Remember Us to Life, will be released on September 30. To mark the occasion, she released a new single from her upcoming album called “Bleeding Heart.”

It can be a little hard to describe Spektor’s music, but if you are familiar with it, then you will be happy to hear that “Bleeding Heart” very much sounds like a Regina Spektor song. It feels very light, although it isn’t, as the content can be quite somber. It flits about, with Spektor’s soft voice and jangling piano, but at times she kicks it up another level as it becomes more rocking as she stretches her voice to emotive highs.

In short, it sounds really good, and shows that Spektor hasn’t lost anything in the four years since her last album. There will always be an element of acquired taste to Spektor’s idiosyncrasies, but if you are on her wavelength, “Bleeding Heart” should get you excited for her new album.