Meet NGHTMRE, The DJ Who Does Way More Than Just Press Play And Twist Knobs

by: Michael DeplandTwitter
Brought To You By
Honda
December 17, 2015

Do DJs just press play and twist knobs? It’s one of music’s hot-button topics — especially when it comes to the Electronic Dance Music (or EDM) scene. Yes might be the answer for some, but when it comes to the 25-year-old DJ and producer known as NGHTMRE, one thing is clear: He aspires to be a musician in the purest sense of the word.

NGHTMRE (also known as Tyler Marenyi) is fairly new to the scene, having just a couple years of experience under his belt. But he’s already made a quick impact in the EDM scene… and he’s managed to do so by going against type and bringing something organic to what can often be a very microwaved kind of world.

But the North Carolina-raised artist didn’t always have music in his path. A more traditional route of finance was the original plan — but he couldn’t ignore the fact that something more important was lingering. “In my senior year of college, every time I was supposed to be doing work, I would somehow end up working on music,” NGHTMRE tells us. “I remember telling my girlfriend at the time that I just have to do this with my life, because it’s the one thing that I like doing.”

So, instead of clocking into a 9 to 5, he decided to shop his remixes and productions to labels, hoping they would hear him. Lucky enough, a small company in the UK loved his first song. “Obviously, I thought it sounded good, but I didn’t think it would happen like that,” he said. From then on, Marenyi would slowly start to evolve into becoming NGHTMRE.

Maybe things happened so quickly for the young producer because of his penchant for prioritizing a very musical approach in the digital space. 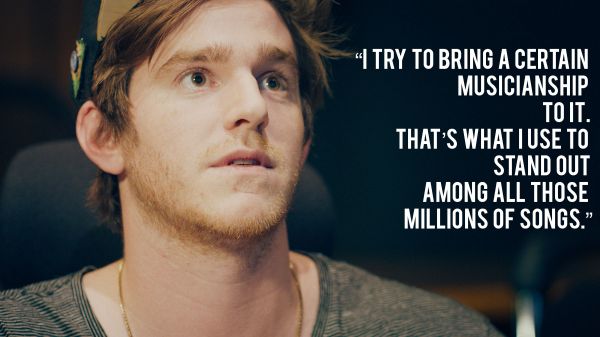 It honestly feels like NGHTMRE cherishes that kind of freedom. His songs often blend all kinds of genres in the EDM landscape and dip into other styles like R&B and rock ‘n’ roll. But it’s not just adventurousness in that sense; he also likes to take samples of sounds from the real world, rather than rote ones found on every other producer’s laptop.

“I was reading that organic sounds are so unique that they’re nearly impossible to repeat digitally. So, sampling in the real world is the best way to get the sounds that no one has ever heard before, or get sounds that people have heard and manipulate them to things that they haven’t,” he said. “You utilize that and experiment with it. Most of the time when I go in the studio to make something, initially I’m not thinking, ‘I’m going to go take this sound and make this really crazy song.’ I just think, ‘I’m going to take this sound and mess with it and see if anything cool happens.’ It’s much more experimental.”

With something like that in mind, it’s easy to see how someone like NGHTMRE has a sincerely artistic approach to his work, despite the reputation that exists about EDM acts.

“I see why people give EDM artists shit because it seems so easy to start producing on your own by getting a laptop and making a beat,” he said. “There are a million people who call themselves ‘DJ’s’ or ‘Producers’ and some of them have been making music their entire lives, and some of them picked up a computer yesterday… I try to bring a certain musicianship to it; that’s what I use to stand out among all those millions of songs.” 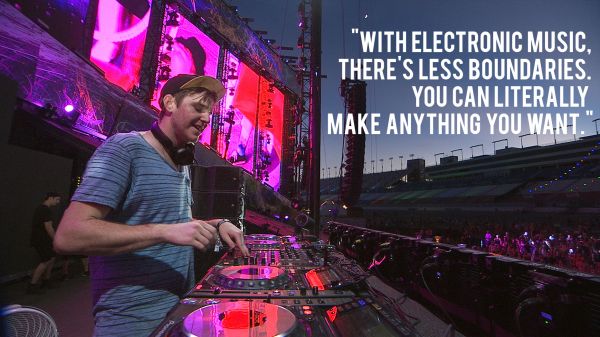 There’s a certain awareness and honesty that’s rare to find in NGHTMRE. Not a lot of people would be willing to admit that there are some people in his world who aren’t what they claim, but he’s willing to do that to elevate those who do put in the effort.

“I know I’ve only been putting out music for a year or so, but I knew going into it that I wanted to make sure that I had a very musical background. If I write a song on a computer and play it on a piano and vocal, it would still be a song that works. I think about that when I’m writing music. You can definitely tell when someone doesn’t.”

The past nine months have been a breakthrough for the meteoric rise for the “Street” producer, with 2016 possibly shaping up to be even bigger. Still, with all that in mind, the things that drive NGHTMRE the most are still the simplest to understand.

“If you can provide people with this awesome experience and an escape from stress and relief — there’s a lot of crazy shit going on right now. To be a part of that experience to help them out, that’s why I like writing music. It’s great.”