Were Taylor Swift And Apple In Cahoots The Entire Time?*

*No, definitely not. This is not serious.

Since early Sunday morning, the internet has been freaking out over Taylor Swift’s open letter to Apple, asking the company to change its policy of not paying artists during users’ introductory three-month free trial period. Of course, Apple’s quickly relented and changed their policy.

All of this happened within 24 hours, which begs the question: Why did Apple change its mind so quickly? There really hasn’t been much speculation, mostly just sweeping support for Swift and her ability to change the world one Tumblr post at a time.

Funny or Die took a more cynical approach. Below is a sample of the hilarious hypothetical email exchange between Apple’s Senior Vice President of Internet Software and Services, Eddy Cue, and Swift, “proving” the entire controversy was a hoax, a ploy to help both brands win over the world… even more than they already have. See the full email exchange at Funny or Die. 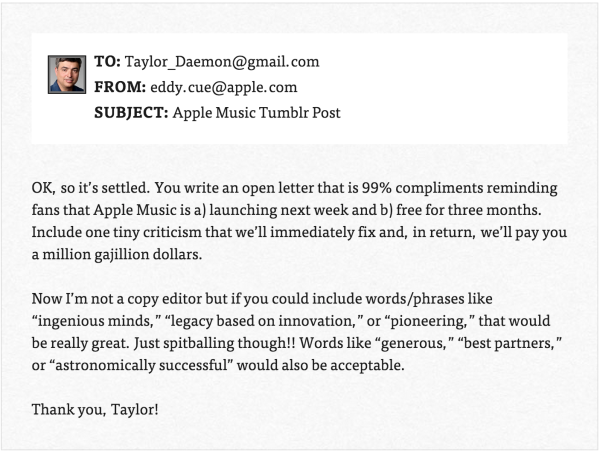 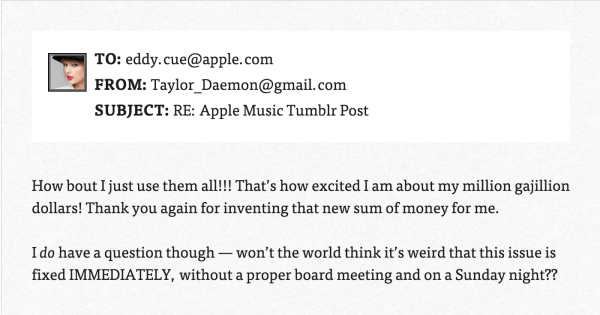 (Via Funny or Die)