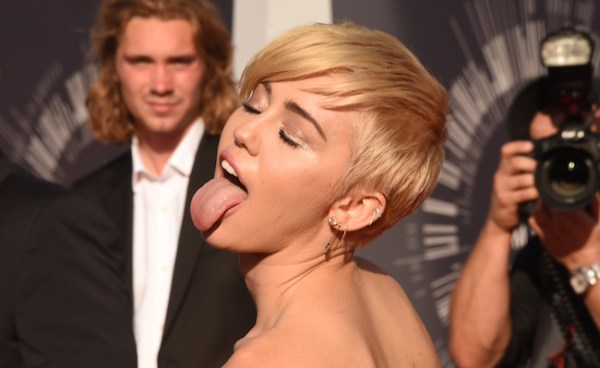 Miley Cyrus is ruining Carl McCoid’s life. While he and the singer have never met—and she even blocked him on Twitter after calling his obsession with her creepy—McCoid must have felt some connection to the former Disney star because he’s got 29 tattoos of her all over his body. He never thought he’d regret them, he told The Daily Mail, but now he’s realized that they may be standing in the way of him finding love. A new look, he says, will make it easier for him to look forward to a bright new future. One that features a girlfriend.

McCoid, who owns an ironing business and loved Miley so much at one point that he even named one of his daughters after her, has spent thousands of dollars on his tattoos and is about to spend an even bigger fortune getting them removed. Not only that, but he’s also going to be spending a long time getting them taken off. According to The Mail, the process of getting some of his larger pieces removed could take years.

You can see some of the tattoos in the following video, which chronicle McCoid’s 23rd tattoo. My favorite is either the giant M tattooed right above his butt or the boldly misspelled “Milei” on his arm.

You can see more of McCoid’s tattoos on his Facebook page, but you should be warned that every other picture is of Miley who can’t stop, won’t stop being McCoid’s idol, even after she called him creepy and said his tattoos were unattractive. But don’t worry too much about him. While McCoid told The Mail that he was very emotional when he found out Miley thought his tattoos were off, he’s turning his story into an episode of Tattoo Disasters UK and it’s being picked up by press worldwide.

McCoid’s friends told The Mail that he’s really a great guy once you get past the tattoos. Someone tell Miley that; maybe she’ll change her mind about his obsession being creepy before he gets them all removed.

(Via The Daily Mail)