Are The Bella Twins Getting Their Own Total Divas Spinoff?

WWE deciding to get rid of the term “Divas” to describe women wrestlers put the company’s reality show Total Divas in a weird place. Do they continue to use Divas to describe just the reality show wrestlers, or as a generic non-branded Divas? So many questions!

I wish I could say we have any answers, but there appears to be some sort of Bella-themed show in the works if WWE’s trademarking applications are any indication. Apparently there’s been an attempt to get a Total Bellas show up and running. 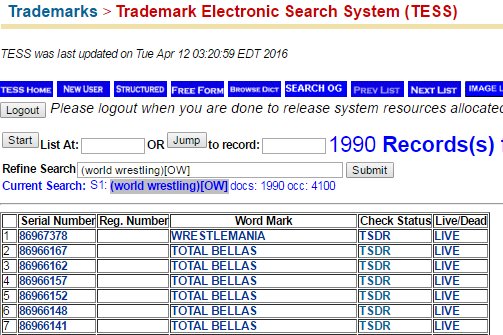 So it’s possible that this is all part of a rebranding of the Divas show, but it’s most likely a spinoff for the Bellas. Or it could be nothing, like WWE trademarking Otto McFrost or whatever they had for Stone Cold back when they signed him.

I think I speak for the rest of America when I say that you can never get enough Diva-themed reality shows. Maybe this all ends up being a reality version of Frasier where the Bellas debate over who had the funniest quip in the Economist to uproarious results.