Eric Bischoff Explained How He Engineered The Original Cruiserweight Division 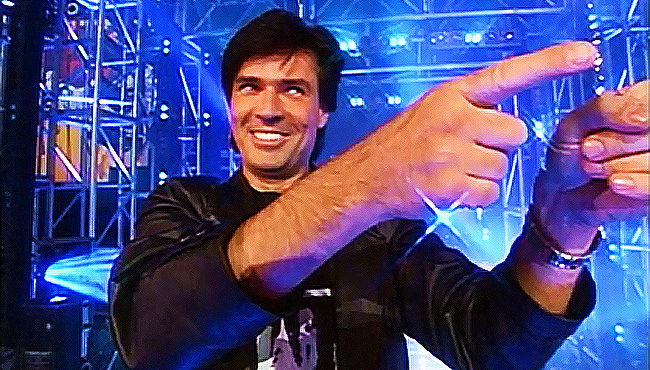 WWE is currently making some waves on the WWE Network with the Cruiserweight Classic. Never one to sleep on publicity or synergy, Eric Bischoff, former figurehead of WCW, WWE and TNA, explained how he spearheaded the original cruiserweight division in WCW.

At the time, wrestling was dominated by big musclebound dudes, but Bischoff thought there was room for variation. “Let’s face it–the guys who were 5’8 and 140 pounds could do amazing things that a guy who was 6’8 and 300 pounds just couldn’t. Having two separate styles of wrestling within our program was different,” Bischoff said.

With that in mind, Bischoff began grabbing talent, “When I hired the first group of cruiserweights–which consisted of Dean Malenko, Chris Jericho and Eddie Guerrero–I sat them down in my office and I was very clear to them. I said to them, almost verbatim, ‘You need to be my human car crashes at 9 p.m.’”

Bischoff also was the one who decided to call them cruiserweights, and made sure wrestling from other cultures was influential on his new division:

“When I created the Cruiserweight division in WCW, nobody called them cruiserweights in the industry at that point. That was a boxing term, not a wrestling term, but I did not want to call them junior heavyweights, light heavyweights, or anything that made them sound diminutive. I wanted it to sound special and cool. I’d watched wrestlers over in Japan who had that real hard-hitting, fast-paced athletic approach to their presentation, and I watched the luchadors when I’d been exposed to them in Los Angeles prior to hiring them.”

Bischoff takes credit for a lot of things from wrestling’s past and present, and is very pleased with himself, so you have to take the things he says with a grain of salt. However, WCW was definitely at the forefront of cruiserweight wrestling, and with its resurgence, Bischoff can feel free to take a moment to gloat.