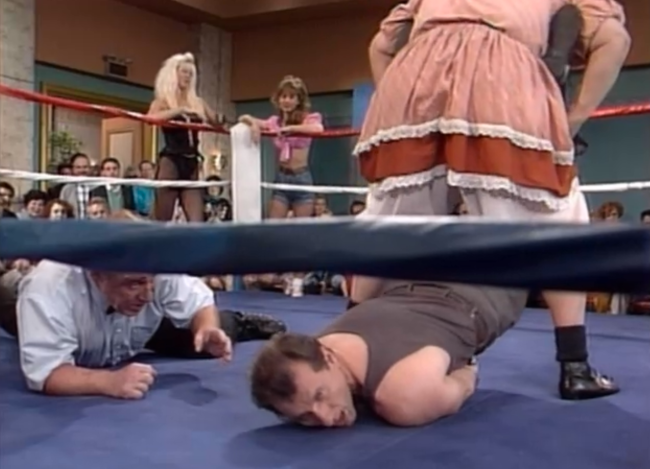 Rumors of this have been floating around for a while now, but Deadline has finally confirmed Netflix’s order of a 10-episode G.L.O.W. (Gorgeous Ladies of Wrestling) comedy series from Orange Is the New Black creator Jenji Kohan and co-executive producer Tara Herrmann.

Created by Liz Flahive (Homeland) and Carly Mensch (Orange Is The New Black), G.L.O.W. was inspired by the real story of the 1980’s female wrestling league. Set in Los Angeles and showcasing big hair and body slams, the series tells the fictionalized story of an out-of-work actress who finds one last attempt to live her dreams in the form of a weekly series about female wrestlers.

Flahive and Mensch will serve as showrunners and will executive produce with Kohan and Herrmann.

It’s a shame that this isn’t just a straight-up reboot of the original G.L.O.W., but I guess Wrestlicious ruined that for everyone. Let’s hope even a scripted version of the show has those weird Zelda the Brain segments where she just gives good advice until we’re back to watching hillbillies punch each other under a laugh track.