Joey Ryan is known for his viral penis. Wait. Let me rephrase. Joey Ryan has become a viral sensation due to his penis-based offense. First, he bodyslammed a guy with his junk. Then he proposed to his girlfriend during a match (he didn’t do it with his penis, thank God). Well, this time his penis might have jumped the shark, as it eliminated 11 guys from a Battle Royal.

So here’s how it happened. Ryan’s penis magnet had all the guys get in a line and do some sort of hand jibber version of the Human Centipede. I’m starting to think that wrestling is fake, guys. I really want to know what Jim Cornette and Jim Ross think about this. I’d listen to them talk about Joey Ryan’s junk for two hours. Kayfabe is dead and Joey Ryan’s junk is the harbinger of doom. Those indie guys are so wacky. 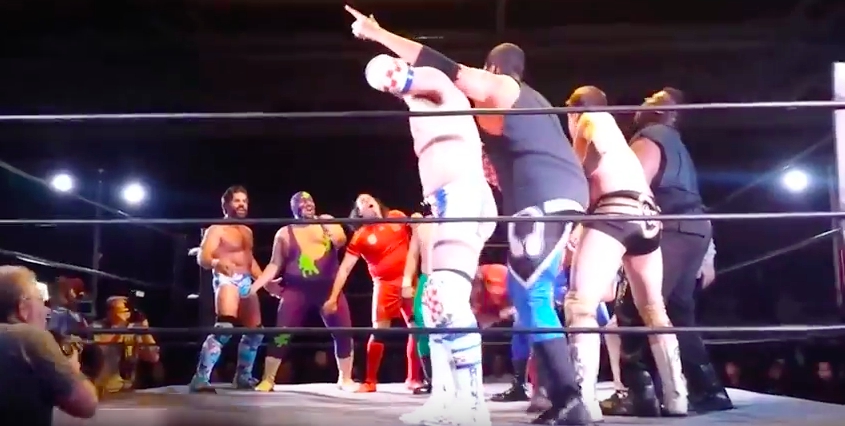