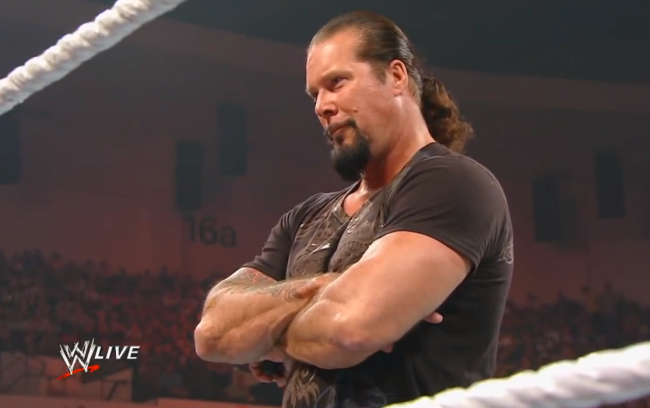 In case you were spending time with your families on Christmas eve and missed it, former WWE and WCW Champion Kevin Nash was arrested for fighting his teenage son and, depending on who you believe, chokeslamming him. The resulting scandal caused WWE to quickly suspend him from his Legends contract and remove him from the upcoming ‘Raw Reunion’ special featuring Scott Hall, Shawn Michaels and the rest of his friends.

Nash hasn’t spoken a lot about the incident, but as we head into Monday’s special he made it clear where he stood on the matter.

I don't see after my suspension, Kevin Nash returning to WWE programming .

I guess now that Bruno Sammartino’s in the WWE Hall of Fame and Macho Man’s getting inducted this year, we have our newest legend with a grudge. Bonus points if WWE dresses up Kane like Diesel and tries to pass him off as the real thing on Raw Reunion.