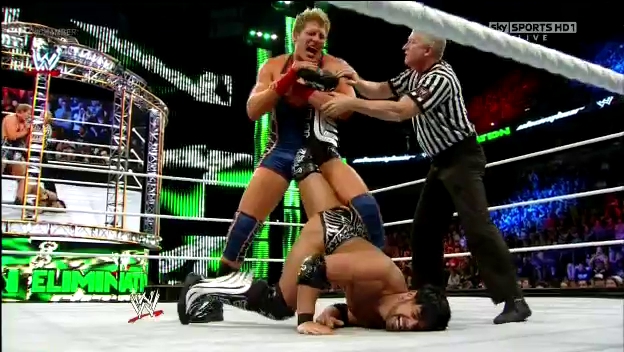 I recently went on my monthly tour up and down the East Coast in an attempt to shove as much wrestling as possible into a weekend. I went to four different shows in three days, and each day featured an appearance by Justin Gabriel. He was announced as the “Darewolf,” and every day, someone I was with would ask, “Wait… what the f*ck is a darewolf?”

PJ Black (‘ol J-Gabe’s working name now) went on Chris Jericho’s podcast to talk about various and sundry things, but most importantly revealed the origins of his new moniker. See, the “Darewolf” was a combination daredevil/werewolf character because I guess Tumblr fanfic is right, and half of the male WWE roster are lycanthropes. Vince McMahon apparently loved the idea, and promos of Gabriel “surfing, doing gymnastics, sky diving, riding dirt bikes and juggling fire.” Um, that’s… amazing? Can you imagine if you thought you were getting a 90-second flippidy doo nothing match on NXT, and Justin Gabriel showed up as a Teen Wolf-looking motherf*cker JUGGLING ACTUAL FIRE? But it was not to be. He explained that Triple H hated the idea, so it was given the axe.

Now, I’ve left a lot of jobs for a lot of reasons, but if someone told me I just jumped out of a plane and did a roundoff back handspring back layout as a goddamn werewolf for nothing, I’d probably be pretty frustrated with my boss, as well. Also, I would be super excited that I had survived all of that because I can barely walk in a straight line without injuring myself in some way.

Now that PJ Black is 450-splashing around the indies in La Parka’s pants, it really makes you wonder what else they could have come up with for him. Because my brain works in a very special, potentially broken way, here are five alternatives that could have in no way kept J-Gabe in WWE:

Justin Gabriel was set for an extended feud with Tyson Kidd. What better way to promote brand synergy than have him team up with Bayley for mixed-tags against Tyson and Natalya? Bayley — the Temple Grandin of NXT — being the only one who stays friends with Gabriel after his true wolfy nature is revealed makes a lot of sense, and we all know that scrapping great storylines to do dumb Total Divas stuff is what WWE lives for. Imagine the Total Divas segment wherein Bayley and Actual Werewolf Justin Gabriel are backstage, explaining the importance of hydration and physical contact for self-care to a vacant-eyed Eva Marie.

Credit for this name goes all to Brandon. Imagine Justin Gabriel dressed as the werwolf version of the Repo Man, sneaking around arena corridors, swapping out salt for sugar at catering, or putting puppy stickers all over Tyson Kidd’s kickpads. The true twist comes when we found out that Prankenstein is actually the name of the ringside doctor, and Gabriel’s name is actually The Ribmaster. 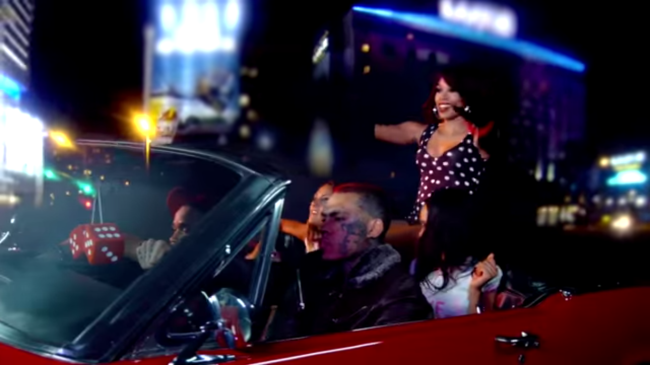 It’s Right to Censor 2015 edition! During an overseas tour, Gabriel gets bitten by an American tax attorney werewolf in London. Upon his return, his fellow wrestlers notice that he just doesn’t seem to be as fun and outgoing anymore. He stops doing the 450 splash because it’s “too dangerous,” and he’s constantly lecturing Becky Lynch to turn down her music because it can contribute to early onset hearing loss. In a very special episode of Total Divas, Gabriel lectures Cameron on the dangers of riding in the back of convertibles without a seat belt and the chances of getting mouth and throat cancer from cigars. Are you sad that you missed the chance to see Justin Gabriel interrupt a Tyson Kidd promo to talk about feline AIDS while dressed as the werewolf version of IRS? Yeah, me too.

Every team has a pine-riding bench-sitter, and Justin Gabriel was that guy. One day, Sin Cara is injured after tripping over a free weight he forgot to put back in the Full Sail gym (you know Sin Cara’s that dude). But oh no! It’s the day of the taping, and Kalisto needs a partner against the Vaudevillians! Gabriel turns a leftover fluorescent yellow Del Rio shirt inside out, does a few stretches, and the tag match is saved! But soon, more tag team wrestlers are mysteriously inured. Murphy gets food poisoning from a tainted jar of vegemite! Someone’s mixed ether into Simon Gotch’s mustache oil! Will Gabriel get away with inserting himself into the tag teams of NXT, or will he be foiled by, oh, let’s say Enzo?

Wait, never mind. I’m pretty sure that was his actual gimmick in NXT.