Disrespecting The King: The Worst Things WCW Did To Ric Flair 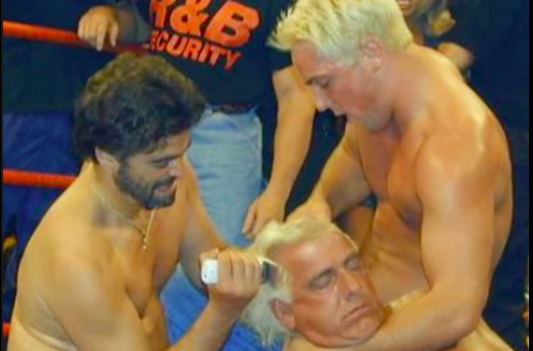 Ric Flair is the greatest wrestler of all-time. Easily. People still quote him and revere him. And that’s amazing, considering he spent most of the 1990s getting crapped on by WCW.

He was great in the NWA, but it seems that when the company changed to WCW, Flair lost his good faith with the company as they kept hiring people who had grudges against him. From 1990 or so to about 2001 (with a small break in between), Flair was getting treated like a jobber by the WCW higher-ups, despite the fact the fans always stayed in love with him.

Recently, Flair has been doing a lot of talking about his WCW days, so it’s time to look back at just how bad things were in WCW.

The Black Scorpion – Mention Al Perez to Ric Flair and he still loses his damn mind. So here’s the story: The Black Scorpion was a new arch-nemesis for golden boy Sting. There was a big mystery as to who the guy in the mask was, played out over months of programming. They even had a match where Sting would unmask Black Scorpion but Scorpion got away. However, at the last minute, Perez, the guy playing Black Scorpion, backed out. So the WCW braintrust (Ole Anderson) decided to put Ric Flair in the mask. Despite the fact that Ric Flair is the most distinguishable wrestler maybe ever… he was trotted out to be the new Black Scorpion and we were supposed to believe it was him the whole time. Literally from the moment Flair got on camera in that damn dumb mask, it was clear he was the Black Scorpion. No drama. In the end, Flair lost, with legend having it that he ran up a huge bar tab to get over the embarrassment. 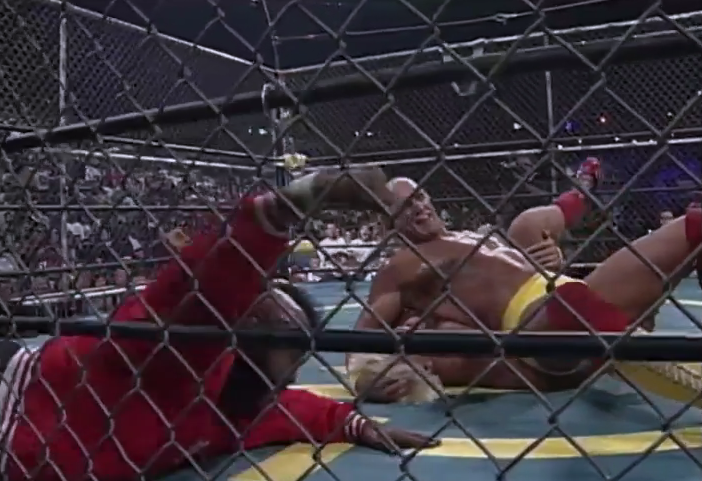 The Fake Retirement Match – First of all, Ric Flair lost to Hulk Hogan and Macho Man a LOT when they got to WCW. He lost to Hogan on his first three pay-per-views in the company (sidebar: in Hogan’s debut, every babyface lost their matches in the undercard so that Hogan would look even more like a hero in the main-event; his ego knows no bounds). Hogan beat Flair decisively in two-straight events, so WCW was having trouble selling out a third match that was a foregone conclusion. So WCW decided to up the ante to sell out the arena: They had Ric Flair put his career on the line. Naturally, Flair lost. That’s not the worst part. The worst part is the fact that Flair was back just a few weeks later. 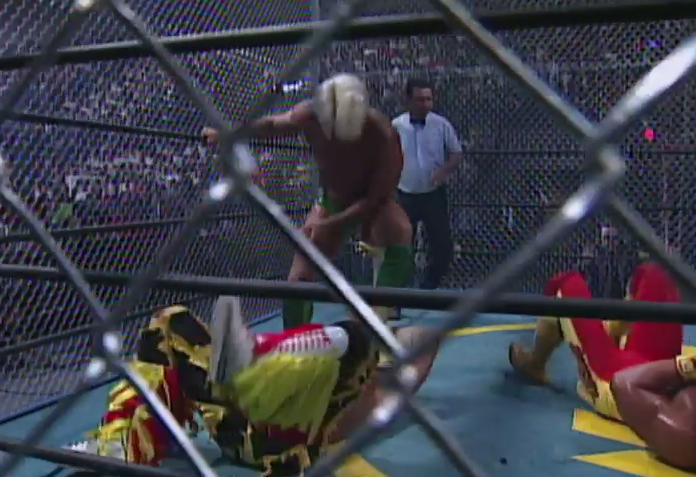 Three Stages Of Awful – Uncensored ’96 is the worst pay-per-view of all-time. Of all-time. The main-event was Hulk Hogan and Macho Man vs Lex Luger, The Barbarian, Meng, Debo from Friday, The Taskmaster, Bane from Batman & Robin, Ric Flair and Arn Anderson. In a triple cage. The rules at the beginning of the match said that the team to leave the cage wins. Then Hogan and Savage leave the cage after fighting off all the heels and nothing happens. Then they go back to the cage and — with the help of Brutus Beefcake bringing out frying pans from the back (aside: he was in the back and had literally any weapon he could think of to help out Hogan and Savage… yet he chose frying pans; not baseball bats; not Acme rockets; not two-by-fours… frying pans) manage to knock out the bad guys. So where does this become particularly embarrassing for Flair? Right before Savage and Hogan escape again, Savage doubles back and pins one of the bad guys. That bad guy is Ric Flair. In a match where Barbarian and Z Gangsta, Flair is the guy who takes the pin. This isn’t even funny anymore.

The “Spot” – Arn Anderson’s retirement segment on Nitro is one of the most real, emotional moments in televised wrestling history. Then immediately afterwards, the NWO went on TV and mocked the whole angle. X-Pac played Flair, pretend crying through the whole segment. The stupidity of it all was that the Four Horsemen were in attendance, but never rushed to the ring. They just sat there and let it happen. But it’s all good as long as the good guys win in the end, right? Well, that never happened. The NWO beat the Four Horsemen at War Games, Flair got his head cracked open and the Horsemen never got any modicum of retribution.

Bankrupting His Family – This is probably the lowest point in Ric Flair’s WCW run, and it happened mostly behind the scenes. Apparently, Ric Flair had asked for time off from WCW’s Thunder show to take his son to a (real) wrestling tournament. Eric Bischoff never got the word of Ric’s request and saw his absence as an act of defiance. Bischoff suspended Flair and told the locker room that he’d bankrupt his family. Flair, instead of holding out and suing Turner for millions, came back because he missed wrestling. He cut a vicious returning promo on Bischoff on Nitro… then proceeded to lose some more.

Getting Buried… Literally – While Ric Flair likes to say that he and Vince Russo are on good terms now, that wasn’t always the case. One major reason is the time Vince Russo drew up a storyline that had Ric Flair get buried alive in a desert in Las Vegas. What was the payoff? Ric Flair showing up on Nitro a few weeks later with no explanation or attempt at seeking revenge.

Losing His Hair – Ric Flair has been historically known for having one of the best heads of hair in all of wrestling. His hair has been a point of emphasis for his career, and the idea of a hair vs. hair match in the ’70s or ’80s would have been huge. But Vince Russo had Ric Flair lose his hair on an episode of Nitro. On top of that, losing hair is something that’s reserved for heels. Babyface Flair losing his hair doesn’t do anything but make him look bad. And who did he lose the match to that cost him his hair?