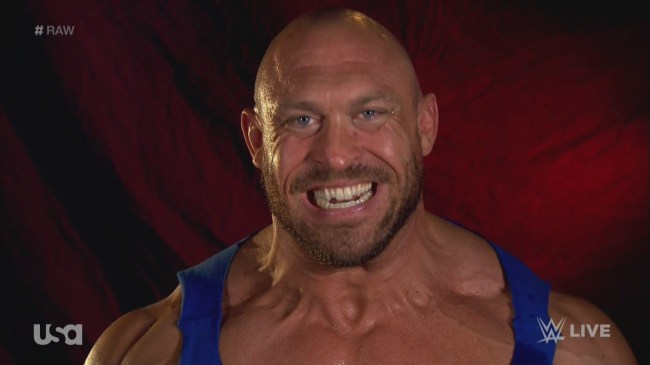 A rumor on Monday night claimed that Ryback asked Vince McMahon if he could be sent home. It said that Ryback wanted to take some time and focus on his contract talks with WWE.

It turns out those reports were true, as they were confirmed by Ryback in a blog post on his Tumblr page. Ryback explained that he’s wanted to do this ever since his reign as Intercontinental Champion began because it’s been “nothing but a strain” on his life. He then dove into his main point: he hates that people on the lower part of WWE’s roster are paid less than people on top.

Every single person who works for WWE from top to bottom is absolutely just as valuable as the next. The winners cannot win unless the losers go out there and agree to lose to them.

It blows my mind that in this day and age though we still adhere to this formula. Obviously things have always been this way, but does that make them right? Times have changed and our goal as humans should be to evolve and learn from our past and the past of others so we could make this world a better place. Why is it a guy who is told he is going to go out and lose and does everything he is told be paid not only less, but much less than said winner over a period of time. Every single performer for WWE sacrifices the same amount of time from home and their families and every single man or women goes out and does what they are told. Looking at this formula though losers turn into what fans like to call jobbers and their value decreases in the companies eyes and before you know it they get released. For what? For doing exactly as they are told!

He then goes on to explain that he wants everyone to be paid equally and for the difference in paychecks to be determined via things like merchandise sales. Ryback also wrote that reports of people backstage being upset don’t necessarily have to do with things like the creative direction of the show or TV ratings. Instead, he says that they come from people who are worried they will make less and ultimately be released as their standing within the company decreases.

Additionally, Ryback alleged that he’s always been up for helping out others and that he’s never asked for WWE to change a finish, pointing to his 12-26 record as proof of this. He also claimed that seeing his money go down over the years despite working a lot took a toll on him.

Ryback ended the note by admitting he understands the risks associated with doing this, but he felt he had to say something and if he parts ways with WWE, he’ll be alright.

WWE may very well release me, which if it is the case so be it. If we can work things out a lot needs to change as I am not living in fear and creatively cannot continue to live a life that limits me creatively. I have many other interests and passions and have been very smart with my finances over the years. I thank every WWE superstar from top to bottom for their sacrifices and for working with me. The world is an amazing place and there is more than just a WWE universe there is The Universe and I will prove one way or another over time I am the greatest big guy in the universe!

Regardless of whether you agree with Ryback’s stance on paying talent, you have to give him some credit because writing a letter like this takes courage. We’ll be watching closely as to what goes down in the life of Ryan Reeves over the next few weeks/months, and hopefully above everything else, his next move – whether it be signing a new deal with WWE or moving on to something else – is something that makes him happy.