10 Sasha Banks Theme Remixes, Mashups, And Covers To Get You Through The Rest Of Your Week 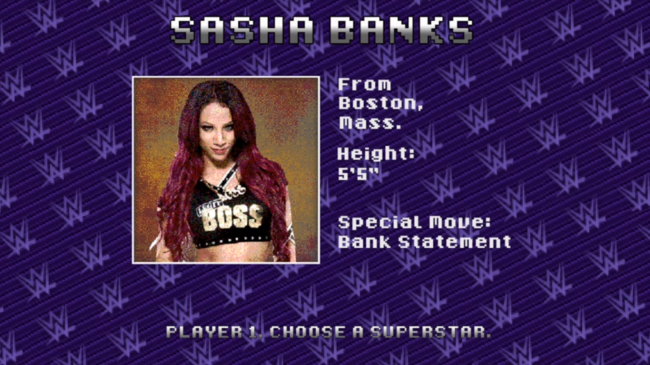 Happy Wednesday, folks! For most of us, that means we’re at the halfway mark in our work week, and need something to help power us through those strenuous last few days. For me, it was the idea that somewhere out there, some kind soul has mashed up Sasha Banks’ entrance theme with Moonlight Densetsu, which is apparently a thing that’s too awesome for the universe to let exist. While we may be deprived of the mashup at least one of you should be starting right now, we do have more than enough mashups, covers, and a whole new version of The Boss’s entrance theme to choose from.

There are a few Team BAD mashups out there, but this is probably the most successful one, and actually uses all three members’ themes. I’m not sure how well the “Sky’s the Limit” hook works, but the rest is [insert about 20 fire emojis here]. It also reminds us that Tamina actually has an entrance theme:

If that’s not enough bits, there’s also a 16-bit version because… I guess it makes a big difference? Personally, I’m way into this Mario Paint re-creation:

Here it is slowed down by 800 percent for people who absolutely 100 percent do not do drugs:

It’s also fun if you’re incredibly sleep-deprived, and by fun, I mean I reached the 2:00 mark and now I look exactly like this.

Here we have a drum cover, and an inadvertent tribute to the time Sasha and Tyler Breeze wrestled Sami Zayn and Bayley and, for a few shining moments, all was right with the world:

It’s so good, we’ll even forgive that he filmed in portrait instead of landscape. Well, that and I assume that all Devils fans hurt like I hurt over the entire Ilya Kovalchuk fiasco. Luckily, this guy has mad skills and numerous Stanley Cup victories in his life, so it don’t even matter.

Heavy metal cover by someone with “scythe” in their name, so you know it’s metal as f*ck? Check:

As it turns out, Banks’ theme is actually astoundingly close to The Rock’s. It’s pretty cool that one of the greatest wrestlers WWE has ever seen can get a pretty flawless theme mashup with a guy a bunch of people seem to like:

Last but certainly not least is With Spandex favorite Erik Helwig/Hot Dad/dotflist’s Sasha Banks theme song. It’s not a cover, but look, we all know it’s the best one, and the only one that truly speaks to the glory of The Boss: