The Assumptive WWE Smackdown Spoilers Report For May 12, 2016 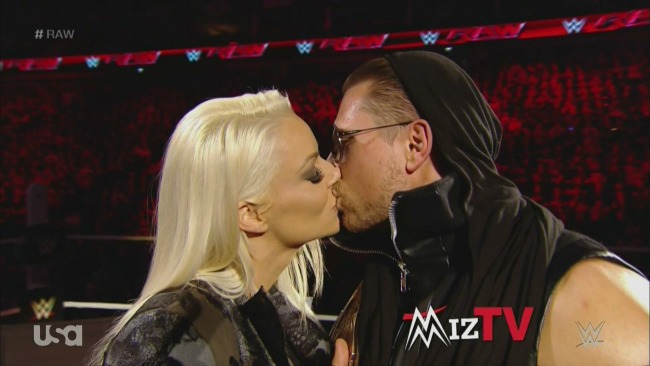 What Happens On This Week’s Smackdown:
(Reminder: These are mostly actual Smackdown spoilers)

1. Rusev defeated Sin Cara. Can’t let that win from Raw mean anything! Rusev immediately gets his win back, beats up the Lucha Dragons, and stays as 50/50 as possible. Look for this match to happen again on Monday, probably.

2. Dana Brooke defeated Becky Lynch. Before the match, Dana Brooke revealed that playtime? Is over. Dana won with a distraction rollup, because [writer begins tapdancing]

3. Aiden English defeated Kofi Kingston. English got the win off a distraction, because we didn’t just do that in the women’s match.

4. The Usos defeated Luke Gallows and Karl Anderson. This is said to be the match of the night, so, you know, it ends with Gallows using a chair to get intentionally disqualified. The Usos get beaten up with chairs after the match, though, so set your DVRs.

5. R-Truth and Tyler Breeze defeated Fandango and Goldust. FINALLY, we get to the (contextual) fireworks factory. Goldust and Truth refuse to fight each other, leading to Fandango and Breeze teaming up to beat them down. FINALLY in capital letters. I’m not even going to get snarky about it, because it means we’re moving forward and not just having Truth hold a stick and Goldust swivel his hips as a joke for another month.

6. Cesaro and Sami Zayn vs. Kevin Owens and The Miz was a No Contest. Presumably this was set up by an invisible opening segment we were just supposed to infer. Miz ends up turning on Owens, and then Owens tosses Miz in to get beaten up by the faces. Nothing gets you beaten up faster than being Intercontinental Champion!