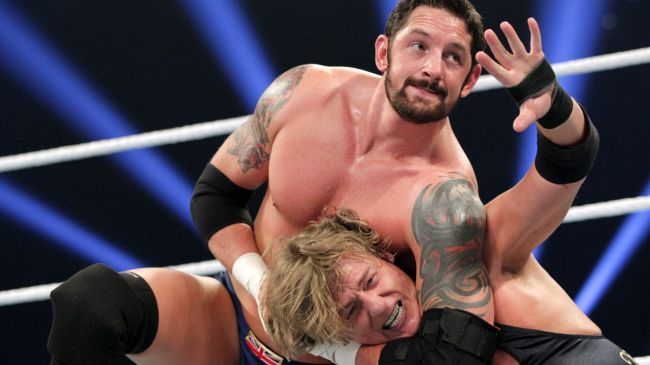 Wade Barrett’s had…an unfortunate run in WWE as of late. The past few years have seen the WWE Superstar plagued with visas issue and injuries — most recently a neck injury that kept him away from the ring this past December. Now it seems the fragile, kayfabe Mancunian is looking to make those absences permanent.

Rumors have been floating around for the past week that Barrett has chosen to not re-sign with WWE come the summertime. Now Ryan Satin at ProWrestlingSheet is confirming that Barrett has opted out of extending his contract that expires in June or July 2016. Our sources say that he still has his Legends deal in place, allowing WWE ongoing use of his likeness in media and figure production.

Wade Barrett’s already been unlucky royalty, the bearer of bad news, and a bare-knuckle boxer, so chances are we could still see this change if WWE decides to make him a better offer, and repackage him into something else equally as wacky. Either that or we’re gonna see Johnny Gargano signed and called up as the League of Nation’s American non-union equivalent. Hey, Johnny Wrestling, can you stand around in the background and not do much? Are your shoulders made of stronger stuff than wallpaper paste and hamster bedding? Do you have less rhythm than a lopsided windmill?

Neither WWE nor Wade Barrett have officially confirmed the story. We’ll keep you posted as more details emerge.