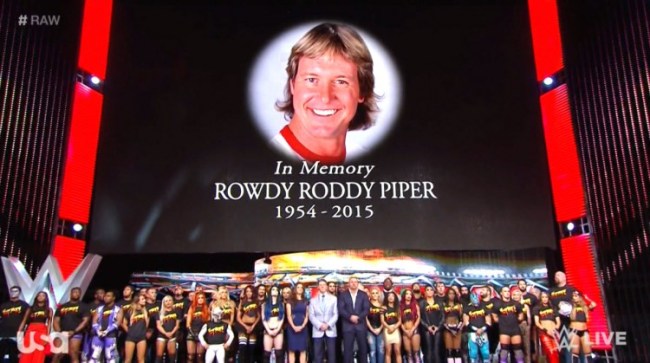 For the second time in less than two months, the WWE roster came out from backstage to pack themselves onto the top of the ramp, and pay tribute to legendary pro wrestler. Old friends such as Ric Flair and Bret Hart have offered up their own tributes, but I don’t think that heartbreaking feeling of a beloved pro wrestler passing away really sinks in until those ten bells ring.

Here’s WWE’s video tribute. Let’s hope it’s the last one we have to see for a long time: