Brock Lesnar Will Be On The Cover Of ‘WWE 2K17’ 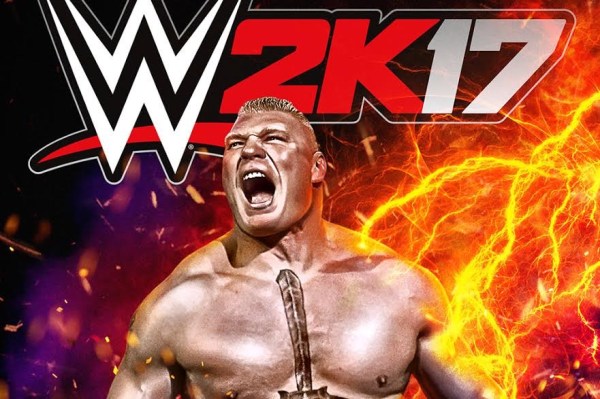 During a conference call conducted by 2K Sports, Paul Heyman conducted a “State of Suplex City Address.” The personal advocate for (and close friend of) Brock Lesnar announced that his client will indeed be on the cover of WWE 2K17, which has a worldwide release date of October 17.

Heyman also confirmed that Lesnar will be appearing at SummerSlam on August 21 at the Barclays Center in Brooklyn. Lesnar’s appearance at the second-biggest WWE event of the year will, of course, come just over a month after he returns to the Octagon at UFC 200 on July 9.

Heyman was unable to confirm whether there would be a Brock Lesnar Showcase mode in 2K17 (although he felt there should be a Paul Heyman Advocate mode someday). He did, however, say that the game is shaping up to be the best WWE video game ever (citing his son as an authority). As Heyman put it, “If Brock Lesnar is going to be on the cover, it has to be the best WWE game ever.”