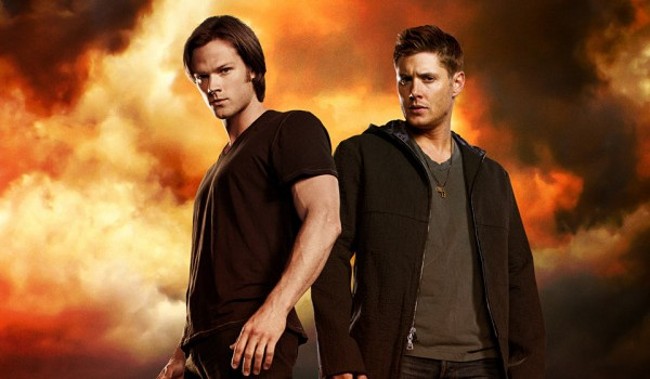 Supernatural is going to have a pro wrestling-themed episode for their 11th season, and just like in actual pro wrestling, they’re enlisting a white guy who looks like all of the other white guys already on their show. WWE Superstar The Miz will appear in an upcoming episode of the stalwart CW show as a brash young independent wrestling upstart. Here’s a description (um, spoilers warning, I guess?) via TVLine:

The installment — this season’s 15th — revolves around a wrestling tour rocked by some seriously scary mayhem. Among the colorful characters featured in the hour are “Gunnar Lawless,” a wrestling legend grappling with regrets, “Shawn Harley,” a quick-tempered and ambitious rookie on the rise, and “Rio,” a wrestling manager who is saddened to see so many of her guys meeting untimely ends.

There’s no date announced for the episode as of yet, but it will probably air sometime in late February/early March. Truth be told, I can’t wait for this to happen. According to TVLine, The Miz’s character “wants to rise in the ranks, and will do so by any means necessary.” This all sounds dumb and hilarious and actually makes me want to watch Supernatural more than the time a friend tried to convince me that ‘an episode with a racist ghost truck’ was actually a real thing. I had to make sure they weren’t f*cking with me, and it turns out yeah, that’s a totally real episode, and yeah, that truck was super racist.