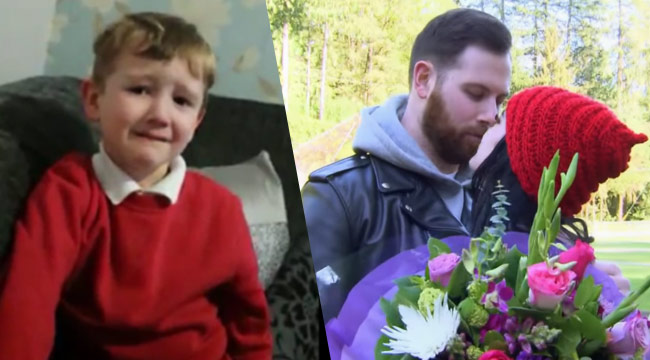 “They don’t call them ‘crushes’ for nothing!” says insensitive people who have clearly never had their heart ripped out by someone they’re not in a real relationship with. Crushes can be devastating at any age, but none moreso than the one this poor kid has on WWE Diva Paige.

During the fourth season of Total Divas, Paige’s beardo boyfriend Kevin popped the question. She accepted, though it was revealed that she had some reservations. Reservations like not wanting to get married, and telling him repeatedly “I don’t want to get married.” This sweet little moppet apparently doesn’t keep up with the ins and outs of the E! show, and boy oh boy did he take it hard:

@RealPaigeWWE my little boy devastated when he found out u was engaged lol pic.twitter.com/r2CUXU2kgc

Paige herself was not immune to the swell of feelings from this fellow Commonwealth kid:

The good news, however, is unlike most people, this kid has a rather pragmatic realisation at the end. He settles down, then in his most tiny baby British voice possible triumphantly acknowledges that he’ll still be able to see her on the telly. That’s the spirit, kid! Keep that sensible line of thinking and you won’t end up a single 30-year-old, eating pasta over the sink and wondering if your standards should be higher than ‘someone who will text back within a reasonable period of time.’