I had a conversation with a few black casual wrestling fans a few weeks ago and, as usual, the conversation drifted to reminiscing on crazy-ass racist things we’ve experienced throughout wrestling’s history. That conversation usually goes to guys like The Godfather and his hoes, when DX went on RAW in blackface, and the time Vince McMahon dropped the n-bomb on TV.

Then the conversation took an unexpected turn:

“And then, who are those other guys in the group?”
“New Day…Yeah, they’re GRE-”
“COONS”

I was legitimately stunned. I couldn’t believe what I was hearing. But I listened while they kept telling me that they were upset at seeing twerking, dancing black guys with unicorn horns on their heads. I had to go into defense mode immediately, explaining how New Day is bringing so much black culture to TV every week and have turned a stereotypical gimmick (black preachers…sigh) and turned it on its head to become one of the most over acts in wrestling. And while we ended up agreeing to disagree, I couldn’t help but figure that the biggest contributor to my friends’ disdain for New Day came from WWE’s track record of being demoralizing and offensive every time a black person is on TV. Even as a New Day fan, it took me months to trust that their popularity wasn’t part of some jig that would end up with a cross-promotion that has them feuding with Colonel Sanders or something.

So, when Titus O’Neil got suspended for grabbing Vince McMahon after RAW, a lot of people’s initial reaction was to assume this was another example of WWE being really f*cked up to a minority. This is, after all, the same company that Michael Hayes still has a job with after dropping n-bombs on company employees. It’s also the company that didn’t fire the guy who basically called Alberto Del Rio his servant. And on-screen, this is the same company that gave us Shelton Benjamin’s momma and told us that Booker T was too black to win the title at WrestleMania XIX.

Now, let me be clear (again): Titus O’Neil was totally in the wrong and I absolutely have no problem with the suspension. Vince McMahon was standing front-and-center while one of his top stars told the world how close wrestling brought him to death. The issue was serious and, from a PR perspective, Vince goofing around 10 seconds after Daniel Bryan exited would be another example of WWE’s CEO not caring about his talent. So, I get the severity of the situation and don’t think race had anything to do with it.

But I can’t blame anyone who sees the suspension and assumes WWE has racial motivations, because the company as a whole hasn’t given us any reason to believe they have a firm grasp on what it means to treat people of different races (and genders) like individuals. That’s why it’s laughable to see so many WWE guys wave the company flag and act outraged when McMahon is accused of racism.

On Tuesday, Stone Cold Steve Austin got passionately upset over accusations that race had anything to do with Titus’ suspension. Ironically, he said Titus was “shucking and jiving” during the whole process. Look, I don’t know if a guy who calls himself The Texas Redneck is racist or not, but I am sure that I’m not taking a guy who thinks it’s okay to say a black guy was “shucking and jiving” at face value when he says something isn’t racist. Austin, though, has to realize why there’s a gut reaction to assume race played a factor. He was there for The Godfather. He saw X-Pac dress like Mark Henry and do a Fat Albert voice. He should have been privy to enough structural racism to know why people feel how they feel. Or maybe his privilege has allowed him to stay oblivious.

But Austin isn’t the only guy to be upset over calls of racism within WWE. JBL of all people decided to whitesplain “the race card” during his Legends show with Ron Simmons: “Does it upset you that the race card is still played, or do you think it’s appropriate? Because, at times, it looks like the race card is played in a self-serving way” (that episode overall was upsetting because of Ron Simmons going all “pull yourself up by your bootstraps” the whole damn interview). JBL went on to say that the WWE locker room didn’t care about race or sexual orientation when he was wrestling. 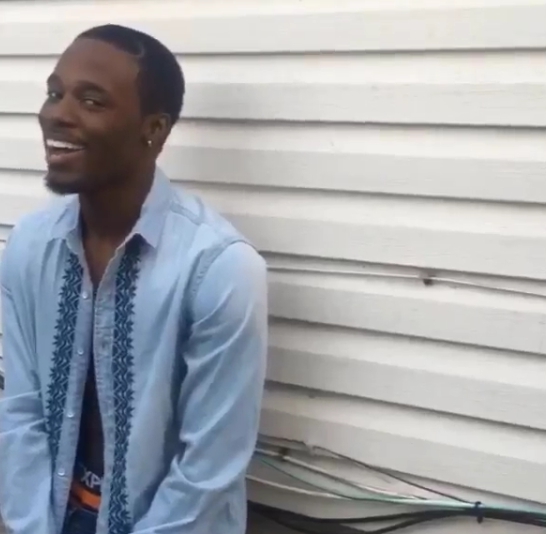 First of all, “the race card” is the worst turn of phrase ever. “Race card” implies that there’s some sort of magic Big Joker that black people have stored and it’ll somehow get us power over anyone. It also implies that we have an option as to when we can “pull the card.” It’s a trigger phrase that diminishes real-life concerns about racial injustice and it’s just as ignorant as “shucking and jiving.”

Secondly, the idea of JBL of all people — one of the most legendarily vile “hazers” in WWE history — championing racial and sexual orientation equality is just laughable. Then to act like racism, homophobia, and sexism never existed in WWE locker rooms is insulting. I’ve never been in a WWE locker room, but enough former wrestlers and writers have come out to refute the idea of there being a post-racial utopia behind the Gorilla position. Also, Bill DeMott’s “go back to Africa” and “half-sissy” form of motivation would like a word with you.

It’s just frustrating that WWE and some of the wrestlers are using one incidence of actual relative fairness to refute the sick history of racism the company has perpetrated. WWE has to reconcile with this history or else we’ll continue to assume the worst. And every time anything of consequence happens to a person of color, we’ll call upon that history and wonder if race played a part. And WWE has only itself to blame for that.