Not Even Referees Are Immune To WWE’s Current Injury Bug 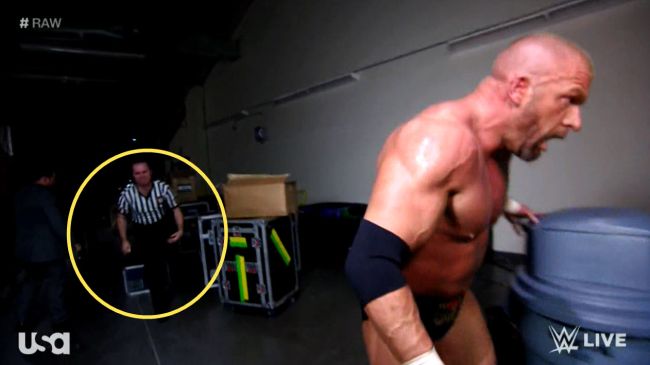 Are you getting tired of reading WWE injury reports yet? As a part-time NXT cowboy would say, sorry about your damn luck. It looks like Neville wasn’t the only one who suffered an injury during Monday’s Raw broadcast:

So, how did this referee sustain such a brutal-sounding injury? Is it a moment cool enough to brag about to your friends and family? Ay, not so much:

Looks like Neville isn’t the only out with a leg injury :(

The injury came during last night’s impromptu fight between Triple H and Roman Reigns. Reigns came out to beat down his boss all over the arena after Triple H’s match against Dolph Ziggler. To be fair to this dude, I’ve suffered significant injuries in some seemingly innocuous and also incredibly stupid ways, so I definitely feel for Mr. Engler in this instance. Besides, those travel boxes are pretty heavy when they’re not full, so the injury could have been much worse than a few stitches.

While it sucks that this guy had to limp away from the show with a lot more stitches than he started the night out with, we would agree that this is definitely not ballet, and he definitely wouldn’t want the badass performers of the Pennsylvania Ballet catching wind of the comparison.