Here Are Your WWE Smackdown Spoilers For June 23, 2016 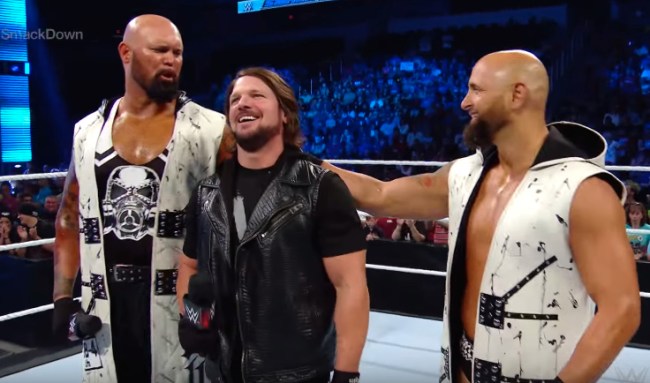 Only a few more weeks left of our assumptive WWE Smackdown spoilers report, wherein we take somebody else’s lazily written Smackdown spoilers and jump to a bunch of conclusions about them without having watched. It’s a lot like not watching Game of Thrones, then dismissing it because it’s too much like Dragonheart.

Actually, scratch that, it’s like watching a thousand episodes of Game of Thrones, 800 of which are identical, then assuming the show’s still identical even when it gets better.

What Happens On This Week’s Smackdown:
(reminder: these are actual Smackdown spoilers)

– The show opens with a Seth Rollins promo, so block out 45 minutes of the first hour for it. Dean Ambrose shows up and does an “impromptu Ambrose Aslyum” with Sami Zayn, to set up Rollins vs. Zayn as the main event. Not gonna complain about that, even for a second.

1. Cesaro defeated Alberto Del Rio. Cesaro won by handcuffing Del Rio and taking him away. No other information is available at this time. (Note: That started as a “Paige and Del Rio get arrested in Las Vegas” joke, but honestly ended up sounding like a Lucha Underground cliffhanger.)

3. AJ Styles pinned Jimmy Uso. This was prefaced by a backstage segment where the Usos and The Club had a confrontation, which makes me feel Michael Scott No Dot Gif. Although if Roman Reigns is suspended, the loyalty of the Usos defaults to John Cena, so it makes sense.

4. The New Day defeated The Vaudevillains. Bray Wyatt appeared on the TitanTron after the match. Really hoping this culminates in a face turn for the Wyatts, and Braun Strowman wearing a strap-on unicorn horn over his sheep mask.

5. Dana Brooke pinned Becky Lynch. Charlotte and Dana teamed up to cheat Becky out of a win. After the match, Sasha Banks showed up to confront Charlotte and, according to the spoilers I read, attack Becky Lynch too. Becky should just put on some Crow makeup and hang out by herself for a while.

6. Seth Rollins pinned Sami Zayn. The report said there were “Where is Roman?” chants live, so those will definitely make TV. Get ready for a month of that. Sami Zayn should just cosplay Roman for a month and steal all his child and lady fans. The show ends with Rollins attacking Ambrose (who was on color commentary), and, I presume, Kevin Owens driving over Zayn in a steamroller in the parking lot.