In restrictor plate races, there’s always the risk of “The Big One,” the massive crash that somehow manages to mangle and dismantle dozens of cars in the matter of seconds. In Sunday night’s Coke Zero 400 at Daytona International Speedway The Big One waited until the very last lap to erupt and become the narrative of the race.

Just after Dale Earnhardt Jr. crossed the finish line to claim his second victory of the season, contact between Denny Hamlin and Kevin Harvick led to Austin Dillon and his No. 3 car getting airborne and careening into the catch fence surrounding the track. Dillon’s car was obliterated, and the engine was launched from the car onto the track, but the driver did walk away with relatively minor injures. The fact that he suffered just a bruised tailbone and forearm feels like a small miracle, and is a testament to the safety restraints these cars now have.

Three fans were reportedly injured by debris (NBC) and it's astounding that Austin Dillon was ok pic.twitter.com/EValOlUYML

According to NBC’s broadcast of the race, three fans were treated for injuries afterwards but the drivers involved in the wreck all walked away safely. While the crash seems terrifying for the drivers, take a glimpse at what it looked and felt like for the spectators in the stands.

And for Tony Stewart from about two car lengths behind the carnage.

Tony Stewart's view of Austin Dillon going airborne and into the fence is terrifying pic.twitter.com/UUz7YxLtXV

And here are some of the incredible still images of it that Getty was able to capture. 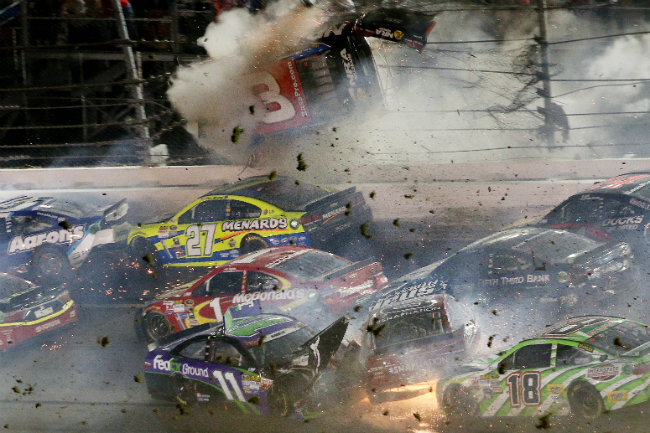 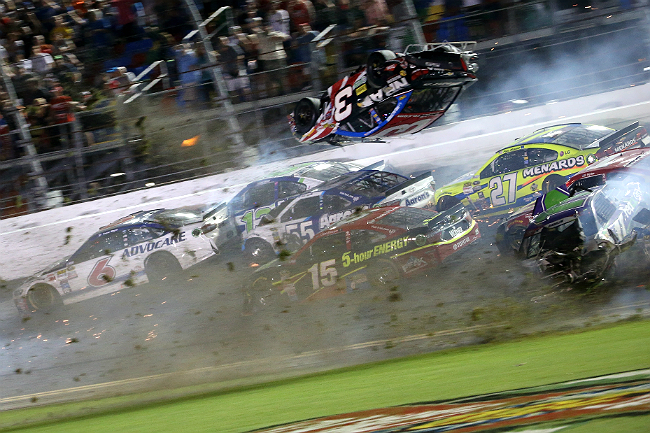 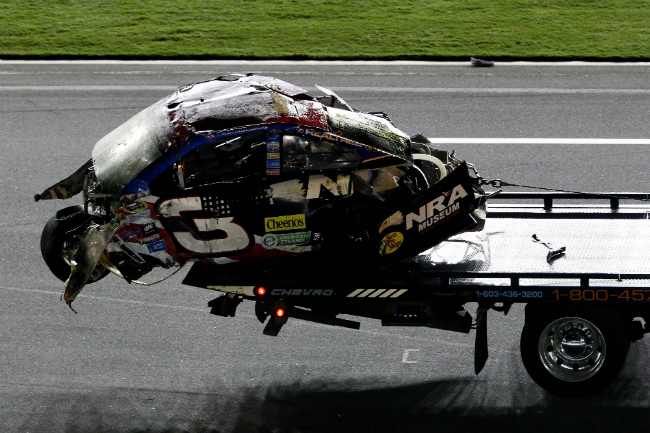 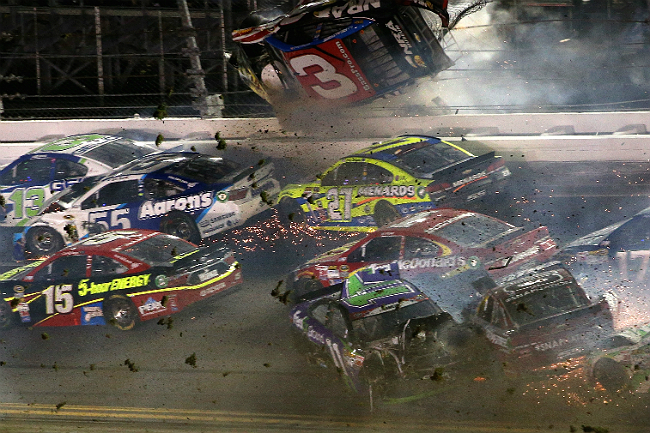 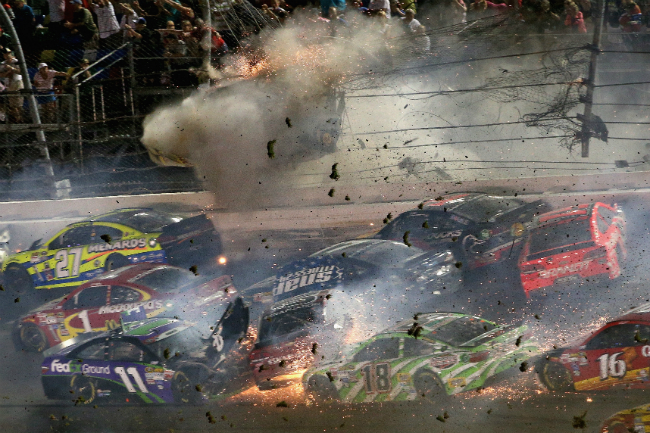 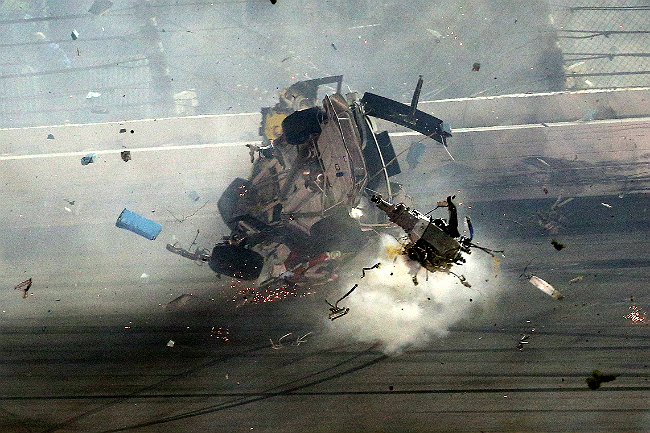