Some of the best documentaries ever made focus on sports, and for good reason. Sports are a recreational hobby for some, but they also mirror the rest of the world’s political, societal, and personal problems. Sports are rife with corruption and fascinating personal stories of triumph and downfall. It’s no wonder talented directors dive into these realms to deliver some of the most compelling films about competitions all around the world.

From obscure sports and tournaments far from the spotlight to documentaries chronicling the biggest stars in the sports world, the category has a lot to offer sports fans and those simply just looking for a good drama.

Let’s take a look at the best sports documentaries Netflix has to offer.

Did you know Kurt Russell’s dad owned a baseball team? And Kurt played on it? The saga of the scrappy Portland Mavericks is not the most well-executed film on the list, but it’s lovingly done and the archival footage carries the day here. If you’re curious, in need of a true underdog tale, and want to add a bit of baseball trivia to your brain, this might be for you.

This 2014 documentary — which debuted at Tribeca a few years ago — takes a look at the career of former Philadelphia 76ers great Allen Iverson and the perception that many had of him. The film is a satisfying nostalgia trip for AI fans but it doesn’t introduce a wealth of new footage or offer anything new about The Answer. It’s still better than watching him in the BIG3, though.

This 2013 documentary is a delightful look at a youth golf championship. Chronicling the 2012 championship at Pinehurst, it follows a handful of charming golf proteges from around the world as they vie for the title of best 7- and 8-year-old players in the world. Golf greats like Jack Nicklaus, Gary Player, and Annika Sörenstam provide commentary on the difficulty and drama of the game while we watch young golfers deal with the stress of the tournament, parents, and some nitpicky rules. It has its fair share of Sports Parent moments, but the kids are genuinely interesting and full of character. 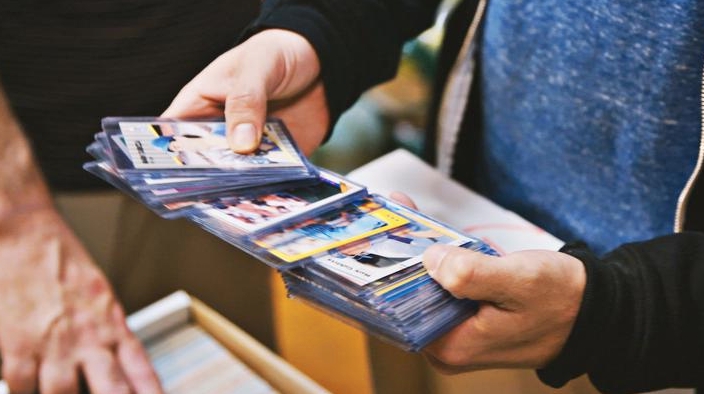 The surprise that baseball cards from the ’80s and ’90s are mostly worthless save for their nostalgic value seems like it should be assumed, but as the main focus and co-director of Jack Of All Trades, Stu Stone, goes down a rabbit hole into both his past and the past of the trading card industry (showcasing some pretty impressive investigative chops) we gain real insight into the downfall of something that burned bright before fizzling, perhaps due to greed. It’s a quintessentially American story that also speaks to the hereditary love that many have for America’s pastime and the reckoning some encounter when faced with the reality that their parents are far from perfect.

9) GLOW: The Story Behind The Gorgeous Ladies Of Wrestling (2012)

If you liked the Netflix original, it’s worth watching the documentary that covers the history of the real show. It’s a good look at what the show is based on, and the interviews with the women who made up the show’s cast allow for a fascinating story about wrestling in the ’80s. It’s also a serious look at the physical toll wrestling takes on its competitors.

Produced by LeBron James’ Uninterrupted, The Carter Effect made its debut at the Toronto International Film Festival in 2017. It was fitting, as the movie is a loving homage to Carter and basketball in Canada’s largest city. Carter changed the game when he started his career with the Raptors in 1998, and he put Toronto on the basketball map in a way it had never been before. Interviews with Drake and Carter himself anchor a fascinating look at basketball in a hockey-first land. It’s a weighted look at how Carter’s swagger and style influenced a city and an entire generation of Canadian basketball talent, smartly executed by director Sean Menard.

Sunderland’s fall from the English Premier League to the Championship was a bleak moment in the club’s recent history, and this docuseries gives viewers an inside look at the dedication of Black Cats fans despite a truly heartbreaking season and the further tribulations that followed. This dive into English football fandom is a unique look at something American sports fans have little experience with: relegation, and the impact it can have on small clubs across Europe.

We liked Billy Corben’s Biogenesis scandal documentary we talked to the director about it. Twice. The documentary centers around Alex Rodriguez and the Miami steroid scandal that rocked baseball, using child actors to play adults and up the ante on absurdity. It’s a great recent history lesson featuring some characters you may have already forgotten about, such as now-MLB commissioner Rob Manfred’s bumbling role into the league’s investigation. It’s also a fine entry into Corben’s Florida Man anthology of amazing stories from America’s most phallic state.

The racing docuseries is beloved by auto enthusiasts and Netflix bingers alike, as it takes an inside look at the cut-throat world of open-wheel racing. The first season followed the 2018 FIA Formula One World Championship and featured footage of the various drivers that both dominate and struggle with the year. The pressure-packed episodes follow each driver as things change, both in the racing world and in their own lives. It’s an unprecedented look inside the sport and at 10 episodes a season it’s a relatively quick watch that’s especially illuminating if you’re not familiar with the globe-trotting auto racing series.

The Dawn Wall isn’t Solo, which just won an Oscar for best documentary earlier in 2019. But there are a lot of stories to tell about El Capitan. One of climbing’s most famous landmarks was conquered by Alex Honnold without any ropes, but Tommy Caldwell’s story of triumph is every bit as compelling. The climbing legend’s quest to chart a new path up the peak in Yosemite National Park is as fascinating as it is harrowing.

The film won the Audience Award at SXSW’s film festival, and it tells an amazing story that covers Caldwell’s extraordinary biography as well as the most intense climb of his life. The documentary is a great look at the world of climbing, and is visually stunning. It also does a great job of illustrating just how difficult his climb up The Dawn Wall was, and the way it was experienced by the rest of the world.

Cheer is an inside look at small college’s top-ranked cheerleading team in Corsicana, Texas. But what sounds like a charming exploration of a niche sport quickly becomes a harrowing look at a high-stakes and dangerous sports subculture. From Greg Whiteley, the executive producer of football documentary series Last Chance U, Cheer is visually stunning and emotionally tough. It’s an inside look at physical realities of competitive cheerleading in small-town college life and the students it attracts, often as a way out of some tough situations. That includes the dangers that come with competing and all the work put into just a few minutes that determine a national championship.

This docuseries looks at the world of college football with a bit of a twist. The first two seasons chronicled East Mississippi Community College and coach Buddy Stephens as his team — many of which lost their spot at major college football programs for rules violations or arrests — try to win a collegiate title and rehabilitate their football careers. One unique aspect of the show was the role academic advisor Brittany Wagner had in shepherding the players through their semesters, trying to balance play on the field with performance in the classroom and personal growth off the field. The show’s third season introduced viewers to Independence Community College in Indiana, a departure from the first two seasons yet following a similar story arc that made the show a streaming hit.

This Oscar-winning documentary dives into the world of doping in competitive cycling. Netflix bought the distribution rights to Icarus after a strong showing from director and co-writer Bryan Fogel’s film at Sundance. The documentary plays out as a thriller, with Fogel chasing the truth about cycling cheats and stumbling onto a major International doping scandal. Watch as a chance meeting with a Russian scientist turns a story that started as a simple experiment into a geopolitical thriller and one of the biggest scandals in cycling history.