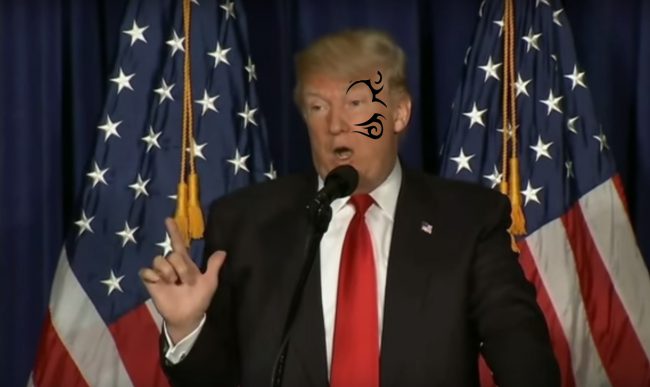 You know how there was a story a few weeks ago which said that Donald Trump wanted big names like Tom Brady, Ben Roethlisberger, and Dana White to address the crowd at the Republican National Convention? And you know how it seemed pretty absurd to ever expect that someone as image conscious as Tom Brady to throw his hat into politics?

Well, some of the people who will reportedly speak to the crowd have leaked. It is a fantastic group of people because at least three of them in front of a live microphone will lead to something delightfully insane. The names of the four sports figures who are slated to speak, according to Bloomberg Politics, are Mike Tyson, Mike Ditka, Bobby Knight, and NASCAR CEO Brian France.

The original list of sports figures that Trump wanted to include featured Knight and France, so neither of them are huge surprises (especially Knight, who has supported Trump for a few months). Tyson is also a noted supporter of Trump, but despite that, he has a ton of skeletons in his closet — including being convicted of rape in 1992 — that make him a head-scratching choice.

And then there’s Ditka, who said he would “probably” vote for Trump earlier this year. An NFL analyst for ESPN and a former Super Bowl-winning coach with the Chicago Bears, Ditka famously nearly ran for a United States Senate seat in Illinois in 2004, only to turn the opportunity down. Ditka would have ran against Barack Obama, who of course went on to win the seat and, four years later, the presidency. In an interview in 2013, Ditka called his decision to stay on the sidelines the biggest regret he’s ever made.

There was news a few days ago that the RNC was struggling to find speakers for the convention, as a number of prominent Republicans have decided to distance themselves from the event. As it turns out, an unconventional election year requires unconventional speakers, and the party managed to find four from the world of sports.