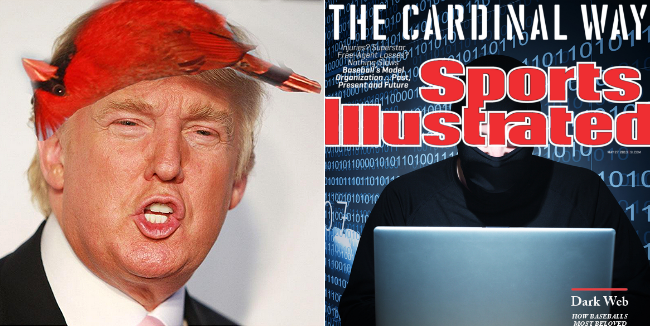 Huge news rocked the baseball world on Tuesday that is equal parts serious and hilarious: The St. Louis Cardinals are being investigated by the FBI for allegedly hacking into the Houston Astros’ computers. The entire thing is ridiculously funny, but could also have major ramifications for the franchise. But while we wait for the latter to play out, Twitter had some fun with the former:

We can't lose sight of the fact that the allegations against the Cardinals, while potentially damning, are also unspeakably hilarious.

If this is true, I'm sure the Cardinals employed the classiest, hardest working computer hackers around

Rejoice! The Cardinals are in trouble!!! pic.twitter.com/NRD5qWzyje

If the Cardinals hacked in and stole the recipe for Milwaukee's secret stadium bratwurst sauce, it would be grounds for an invasion.

Of the Cardinals alleged hacking into the Astros, one exec just said: "Oh my God. It's so much bigger than Spygate."

And, of course, there the loyal Cardinals fans rallying to blindly support their team. We thank @BestFansStLouis for rounding up these beauties:

The St. Louis Cardinals are a great team and all other teams are just jealous they didn't think of this hack first. #Astros

@NYTSports This story just gives people an excuse to whine and complain about the Cards because their jealous.

@Cardinals Haters gonna hate when you're the best team in baseball pic.twitter.com/31tcy4hs8P