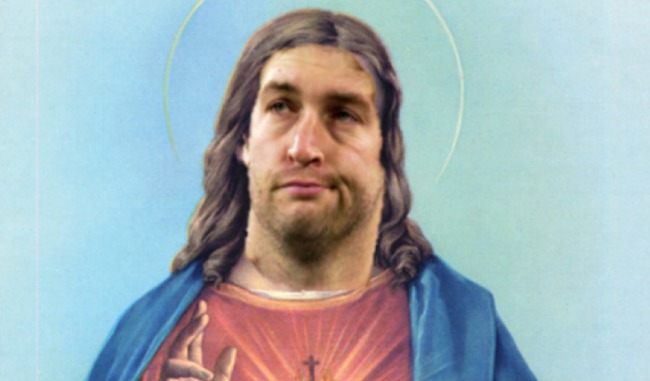 As a general rule, comparing anyone to Jesus is probably not a good or accurate comparison. Comparing Jay Cutler, of all people, to Jesus is a terrible idea.

And yet, Bears tight end Martellus Bennett did just that after the team earned their first win of the season over the Raiders on Sunday. When asked by reporters if Cutler takes on too much criticism, Bennett made an interesting analogy:

is Jay Cutler too often criticized? Martellus: "They threw rocks at Jesus, & Jesus was an excellent guy who did a lot of awesome stuff."

In his defense, “Jesus was an excellent guy who did a lot of awesome stuff” is an accurate, albeit understated way to quickly sum up the principles of Christianity. While turning water into wine is impressive, is it really as impressive as going 28-43 for 281 yards and two scores against Oakland? Didn’t think so.

Yet somehow, I just can’t see that comparison going over particularly well with the Chicago faithful who have been trying to ride Cutler out of town for at least the last three years.

Upon the comparison, one Bears fan had a rather relevant question.

Indeed, it would appear that Cutler’s 132 career interceptions may be a tad more than Jesus threw in his day, so the comparison just doesn’t hold up. Sorry, Jay.