NFL Schedule Superlatives: A Quick Guide To What We Can Expect This Season

RELATED: The 10 most anticipated NFL games of 2015

Thanks to the NFL’s rigid system of determining a team’s opponents on a year-by-year basis, the public has known for months which games would comprise the 2015 NFL regular season. All that was missing was the dates and times of those games. For better or worse, the NFL decided long ago to provide us that information with as much fanfare as possible.

Here’s a quick rundown of some schedule superlatives:

Best looking game five months before the season starts: In Week 2, the Seahawks and Packers face off again for the first time since Green Bay blew a two-score lead in the NFC Championship Game. This time the game will be in Lambeau, presumably giving the Packers an edge, though now their defense must contend with Jimmy Graham.

Most likely to have a million Deflategate references: The AFC Championship Game rematch between the Patriots and Colts in Week 6! Hopefully by then the investigation into the Patriots deflating footballs will have actually concluded, though I wouldn’t hold my breath. Either way, it would be nice if it were a more competitive game than what happened in the playoffs last season.

Most likely to feature an angry coach wearing a Kangol: In Week 6, the Arizona Cardinals travel to Pittsburgh, giving head coach Bruce Arians a chance to get revenge on his former team that forced him out of his job before he found success as a head coach in Indianapolis and Arizona.

Game most likely to smell like burned DeMarco Murray jerseys: Going out on a limb and saying the Week 9 contest where the Eagles travel to Dallas to take on the Cowboys for the first time since taking their star running back will own this category.

Game other than the Super Bowl most likely to have Roman Numerals attached to it: The annual meeting between Tom Brady and Peyton Manning — taking place in Week 12 in 2015 — which for some reason networks have taken to chronicling with roman numerals like Rocky movies.

Best game featuring two teams that share the same stadium: The clear winner is Week 13’s Jets-Giants tilt. Fitting that the Giants are considered the home team given that their shared stadium was long known as Giants stadium. The Jets were just the surly, less successful tenants. Though given that the Carson City Council just approved a shared stadium for the Raiders and Chargers, perhaps more games like this will be happening in the future.

Worst game imaginable: For the second straight year… Titans/Jaguars on Thursday Night Football! At least this year’s edition one takes place in November, unlike the game in 2014, which took place a month later. So there’s a slightly better chance that both teams will have something to play for when the game takes place. 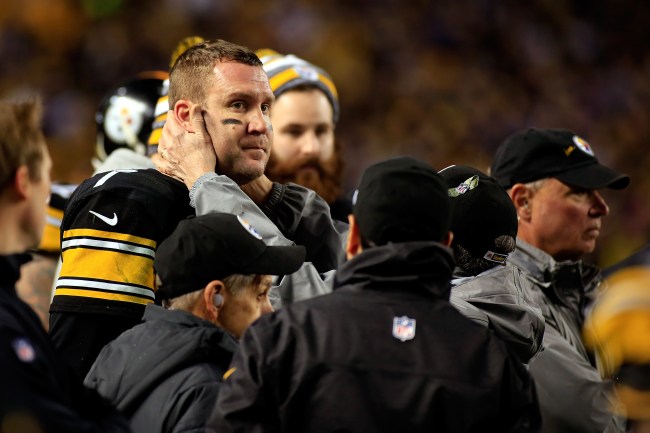 Most brutal stretch for one team: There’s certainly some room for argument, but it’s hard to top what the Steelers face coming out of their Week 11 bye. Pittsburgh plays nine playoff teams from 2014 this coming season and the bulk of them are concentrated in a five-week stretch in which they play at Seattle, Indianapolis, at Cincinnati, Denver and at Baltimore. There’s a good case to be made for the Dolphins as well, as Miami plays six of its first nine games on the road, with one of its home games in that stretch being played in London.

Franchise with the rare Monday Night Football appearance that will probably turn out poorly: That would be the Cleveland Browns, who will host the former Cleveland Browns, the Baltimore Ravens, on Monday night in Week 12. In most cases, the Ravens would be presumed to win over their AFC North rivals, though in this case, at least Cleveland will be coming off their bye.

Ranking the Thanksgiving games: It just so happens that the quality of games matches the way they’re presented chronologically:

– Eagles at Lions
– Panthers at Cowboys
– Bears at Packers

Best game to be played while waiting for Santa: Chargers at Raiders. Yes, there’s going to be football on Christmas Eve, so Thanksgiving won’t be the only holiday that you can use football as an excuse to avoid your family. The downside: the game features the Raiders, who might be better in 2015 if only their coach weren’t Jack Del Rio.