‘He Grabbed At Me’: A Reporter Has More Harassment Allegations Against Former Minnesota AD 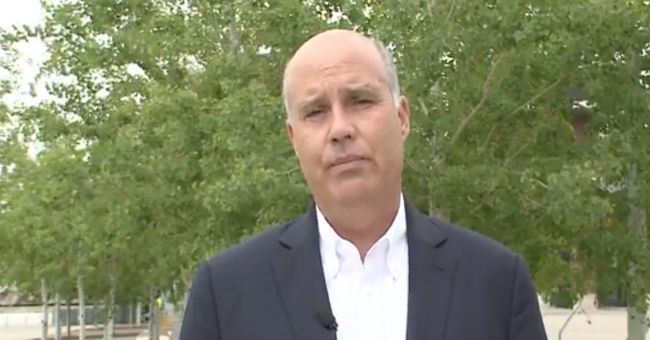 Teague resigned from his position last Friday after allegations of sexual harassment by two university employees. Graphic text messages that Teague sent to the women were also released.

Rayno says she had drinks “five to seven times” with Teague while building a strong reporter-source relationship from April 2012 to December 2013. During those times, Rayno says she and Teague had no issues, and that they spoke about the basketball team and the direction Teague wanted to take the department.

However, on Dec. 13, 2013, after Rayno admitted to Teague she had broken up with her long-time boyfriend, she alleges that their relationship took a turn:

The switch flipped. Suddenly, in a public and crowded bar, Teague tried to throw his arm around me. He poked my side. He pinched my hip. He grabbed at me. Stunned and mortified, I swatted his advances and firmly told him to stop. He didn’t.

I told him that he was drastically off-base, that my only intention in being there was as a reporter – to which he replied: “You’re all strictly business? Nothing else?”

I walked out. He followed me. I hailed a cab. He followed me in, grabbing at my arm and scooting closer and closer in the dark back cabin until I was pressed against the door. I told him to stop. I told him it was not OK. He laughed. When I reached my apartment, I vomited.

Following the incident in December 2013, Rayno says she avoided Teague as much as possible, and reported the incident to the newspaper’s Human Resources department in April 2014, at which point she decided not to take further action and opted to wait and see first if Teague’s behavior continued.

Rayno describes that decision as one of “self-preservation,” saying:

I didn’t want my career interrupted because of a powerful man’s misdeeds. Making a formal complaint could have resulted in me losing access at the university. It could have forced me to take another beat, perhaps out of sports; to change my career path in a way I never planned.

Rayno claims she has not spoken with Teague since August 2014.

Teague released a statement on Friday apologizing for his actions and that he will be “seeking help for my alcohol abuse, and re-evaluating my life and career.”