Because you, the sports fan, have probably already read enough think pieces and analysis breaking down Oregon’s up-tempo offense and arguably Urban Meyer’s best coaching ever, you’ve moved onto the next important topic: what will the teams be wearing in Dallas?

Great question! Nike, which outfits both football programs, just released photos of both schools’ uniforms for the game. Glimpse more of them below. Ohio State will rock what’s considered their traditional home uniform: scarlet with grey armbands, although Nike claims the more specific details pay homage to the jerseys of the 1968 national championship team. The whole thing’s clean.

Oregon, on the other hand, will wear a uniform with nary a trace of green or yellow. The jerseys are a milky white and feature metallic silver wings and sh*t. It’s a good look, and viewers of the upcoming championship game can count their blessings they won’t have to be on seizure watch because they’ve stared too long at Oregon’s outfits. 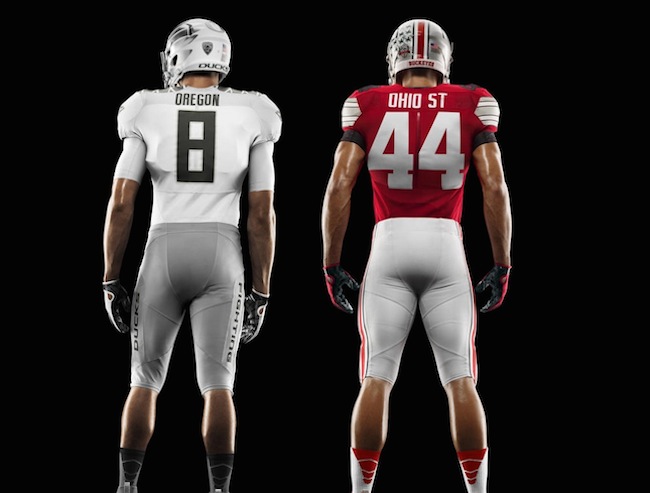