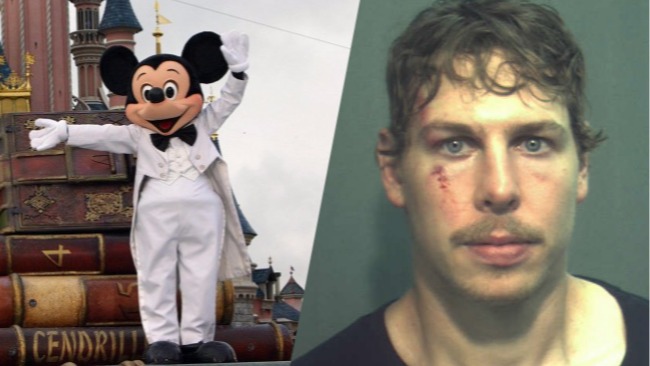 Winnipeg Jets prospect Darren Kramer didn’t have such a magical time at Disney World this week, considering he was tazed and arrested after fighting a police officer over quite possibly the stupidest reason ever.

Kramer, a 24-year-old forward for the AHL’s Manitoba Moose, was involved in the altercation just after 1 a.m. on Tuesday, when he reportedly assaulted a police officer so that his buddy, who identified himself as “Corbin,” could run away with some bowling pins that he stole from a nearby restaurant. You know, as one does.

Kramer is known for being somewhat of a grinder and enforcer at the AHL level, but he probably should have turned this scrap down.

The details surrounding the incident are hella embarrassing:

I advised [Corbin] that he was to drop the items. As I made contact, he held two bowling pins in his right hand and one in his left. I observed his face lose all coloring and turn white, which I recognized a threat to my safety. At that time, it appeared to me that Corbin would attempt to strike me with the items. I then reached out and grabbed the pins and ordered him to place his hands behind his back. He then quickly turned to his right and stated a long “Noo.” Corbin then fled from me on foot running through the complex passed [sic] the Raglan Road Restaurant, on to the main walkway near the Lego Store where I finally lost sight of him near the bridge leading across the waterway.

Kramer, who was with Corbin, apparently got involved and stepped in to help his buddy escape with the bowling pins. He allegedly yelled “run!” as he approached the police officer and put up one heck of a fight as the officer attempted to cuff him.

Kramer then violently pulled away from me, as I was maintaining control of the handcuff and his free left arm. Kramer pulled me off my feet and began to run. I was able to maintain control of the handcuff and pull him toward me. Kramer was then able to turn completely toward me and break the control I had of his handcuff. I then observed Kramer lower his right shoulder and raise his left arm as if he was preparing to strike me with a punch. Due to our close proximity I then reached out to Kramer and grabbed his shirt and attempted to pull him off balance. Kramer stepped forward and lowered his head, hitting me in the chest. This caused both of us to fall to the ground where Kramer ended up falling onto me. Kramer was able to stand up which allowed me to get to my feet and again grab his shirt. During this time I was ordering him verbally to stop and to lie on the ground. Kramer continued to fight me and again pulled backward. He was able to break the hold and spin to his right. I then observed Kramer turn his entire body to me and again raise his arm as if to strike me. I drew my department issued ECD Taser and yelled that I would taze him. Kramer continued to come at me and I deployed the ECD, striking him in the upper right arm.

After being tazed and arrested, Kramer was charged with battery of a law enforcement officer, grand theft, and resisting arrest. All over some damn bowling pins, you guys.

If that’s not bad enough, his mugshot came out looking like the “Faces of Meth” version of Sidney Crosby. 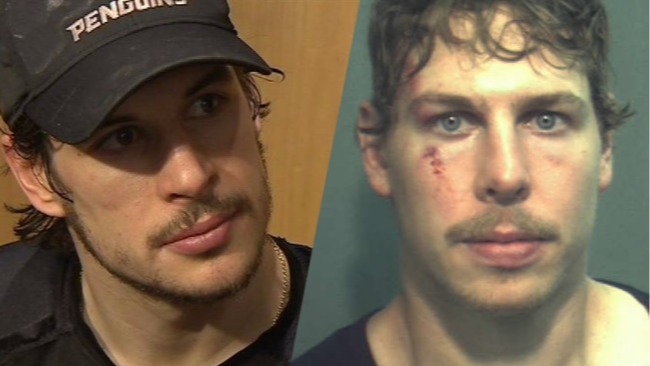 Disney World. Not even once.