Ronda Rousey, as an incredibly famous woman, deals with an interminable deluge of crazy people who want to tear her down and say insane things about her simply because she is a famous woman. It’s seemingly a naturally-occurring phenomenon of the Internet, like cat videos only a million times more sinister. Another well-held tenet of the Internet is that when it crosses into real life, it becomes far scarier.

So, when a madman of the Internet crossed into our plane of existence to file for a restraining order against Rousey, the results were always going to be disturbing. Bloody Elbow obtained a copy of the hand-written(!) filing, which you should go read, but we’ll break it down for you here.

First of all, the filing is for a restraining order, because plaintiff G.B. White believes he is “facing imminent danger and bodily harm from Ronda Rousey [because] I’m whistle blowing a major scandal here in court and fear Ronda Rousey will use her kickboxing skills and Judo kick my head into submission to shut my mouth…” Okay!

And what is our unhinged friend G.B. blowing the whistle over? Oh, his claims are wide-ranging and completely bananas. Let’s go to the bullet points (listed aspirationally as “FACTS” on the loose leaf).

Even though the whole letter was beautiful madness, the real kicker is his sign off. “Respectfully submitted.” Respectfully to whom?! Rousey? The court whose time he wasted? This man clearly needs to go back on his meds, and if we met him, we’d be concerned for his well being, but we’ve gotta admit, he’s the fun kind of crazy. 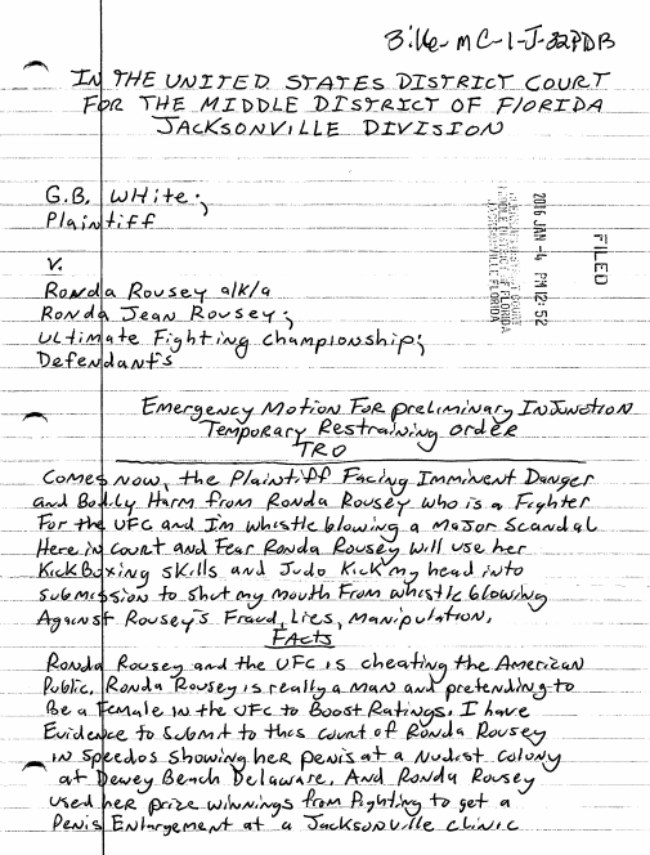 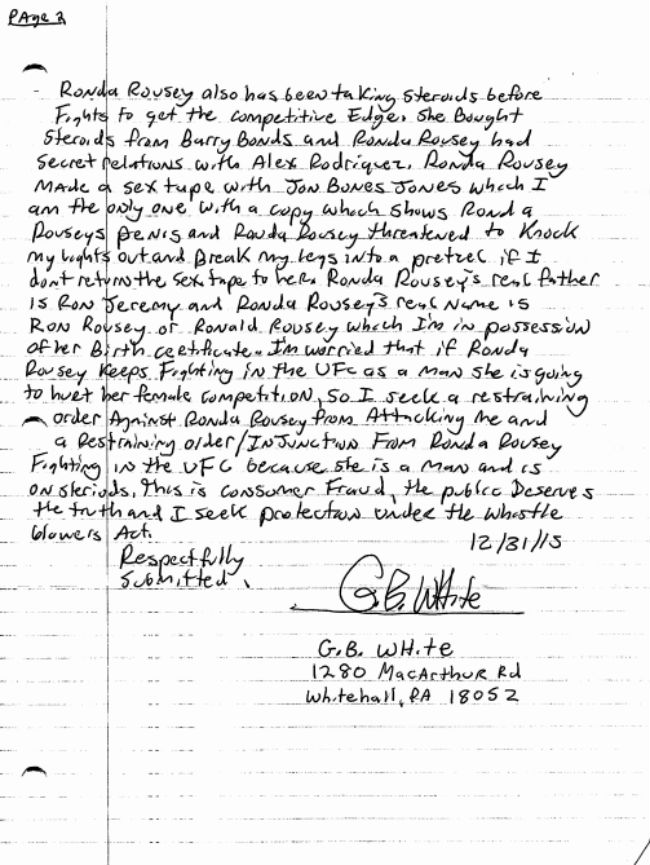 Now Watch: The Amazing Ronda Rousey ‘Sports Illustrated’ Pics That You Have To See