A few years back, NPR did a fascinating story about how young Chinese people are becoming completely obsessed with Friends. The main subject of the story was Du Xin, a Beijing resident who was so wild about the show that he opened up his own version of Central Perk on the sixth floor of a high-rise apartment and started going by Gunther. A sample.

“That’s why we like Friends,” says Du. “We’re looking for this kind of life.”

When asked for an example, he cites Chandler as an inspirational figure.

“He quit the job he hated, and he found another one he liked,” Du says. “This TV show also told us you have to choose a living way you like.”

Last week, i-D caught up with Du/Gunther again for a short documentary. If you were wondering if he’s still super obsessed with Friends, well… 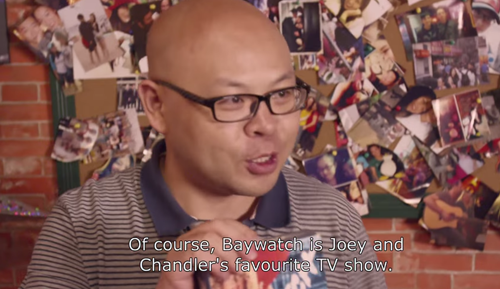 Then, a funny thing happens about halfway through the video. It slowly turns from a goofy look at a Chinese man who loves Friends so much he calls his son Joey and taught him to say “How you doin’?” in English into a kind of sad/inspirational story about how young people in a rigid, controlled society are finding escapes in strange places. When you look at it that way, the obsession with an American television how from the 1990s starts to make a lot more sense. It’s a mini pop culture revolution.

Although there are, uh, other reasons, too. 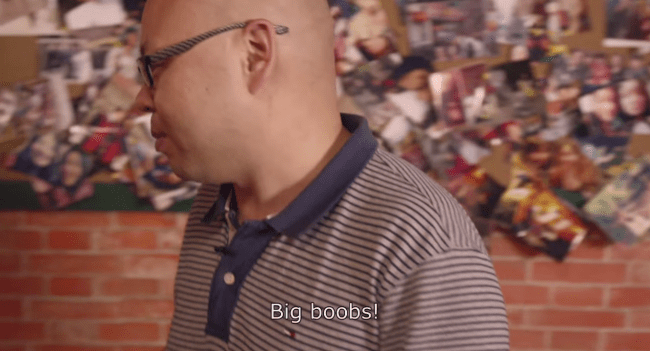