Sunday night’s episode of The Walking Dead, “Them,” was one of those touchstone episodes where online writers start suggesting that The Walking Dead is “finally” a great show. This usually happens at least once every half season, or it has since Frank Darabont left the show. But it’s always been a “great” series, it’s just that it’s much less uneven now than it once was.

It doesn’t hurt that Scott Gimple has apparently taken some cues from Vince Gilligan and included fun little details for obsessives to spot. They really began to layer these hidden details in during the midseason premiere, and last night’s episode added several more (including a cameo from Anthrax’s Scott Ian).

I’m still sticking with my theory that the wolves — foreshadowed in the midseason premiere — are actually Rick (alpha male), Michonne (alpha female), Carol (den mother), Daryl (lone wolf) and the rest of Rick’s gang (the wolf pack), and there were a couple more nods to wolves in last night’s episode that I didn’t immediately pick up on, including this little Easter Egg:

2. Not for nothing, but there was also a full moon. 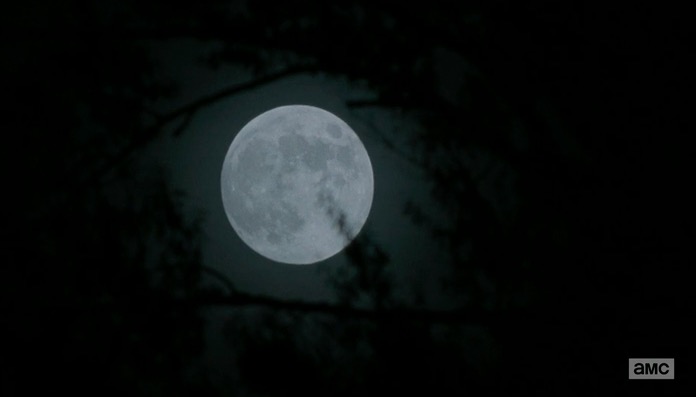 3. This is not from this week’s episode, but Thomas Novak alerted me on Twitter to the fact that the big Beth/Daryl episode last season where they burned down that house included the song, “Up the Wolves,” by the Mountain Goats.

4. That comic book, by the way, was actually a copy of Robert Kirkman’s Invincible (via Reddit’s TheCheckeredBox) 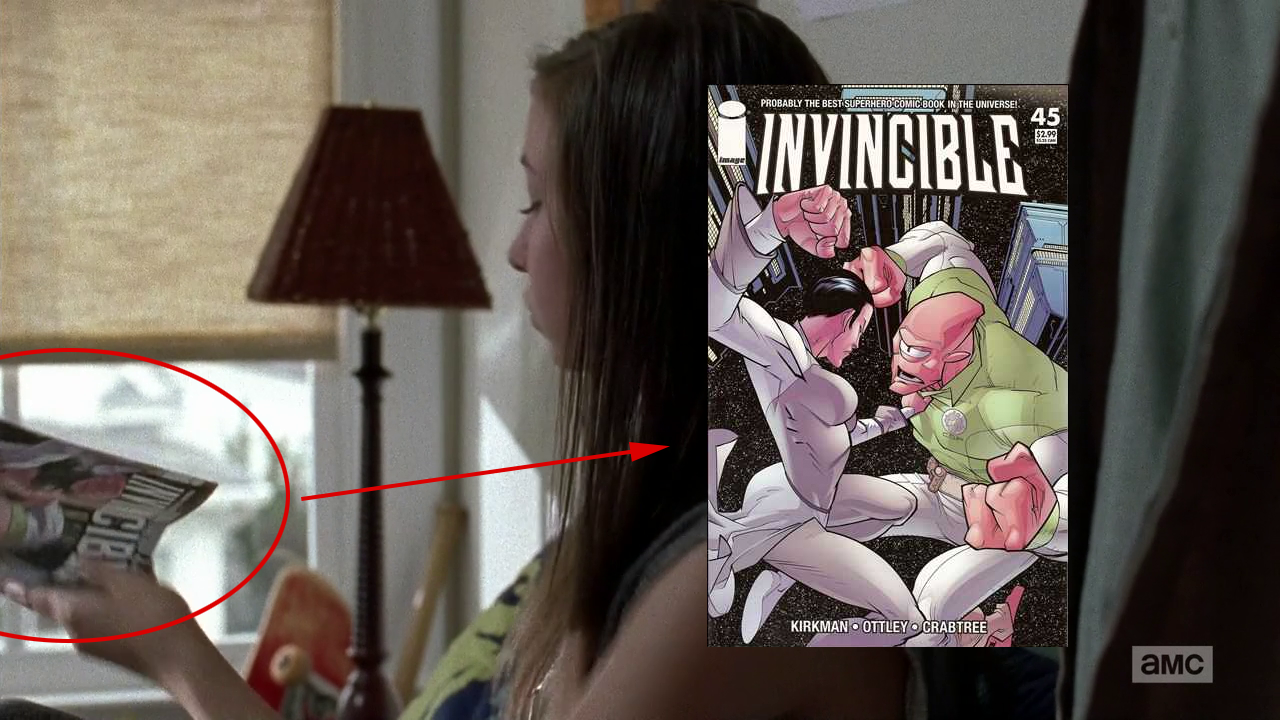 5. What do you guys make of the book that Michonne is holding in her interview, Crime without Punishment? Is that possible foreshadowing? The book, by the way, is about Soviet Russia invading Poland (and winning) in World War II, which would again seem to support the theory that Rick’s gang is going to take over Alexandria.

6. We know that Carol is obviously posing as “Den Mother” in an effort to collect intel on Alexandria in an unassuming way. Note here (via Reddit user Sweet Tyreese) that it appears she’s drawing a map — or blueprint — of Alexandria. She’s a cunning spy.

7. The badge that Rick has when he puts on his constable uniform was specially made for him. According to Chris Hardwick, the badge had a Latin phrase that’s translated as “We Will Rise Again,” a phrase that The Governor used back in Season 3.

8. Finally, if you go over to AMC’s website right now, they have a Google street view of the Alexandria Safe Zone. For whatever it’s worth, one Redditor spotted this newspaper from that, which has the headline “First Impressions,” which is obviously a theme of the episode.