Andrew Lincoln On The Second Half Of ‘The Walking Dead’ Season Five: ‘It’s F*cking Nuts’ 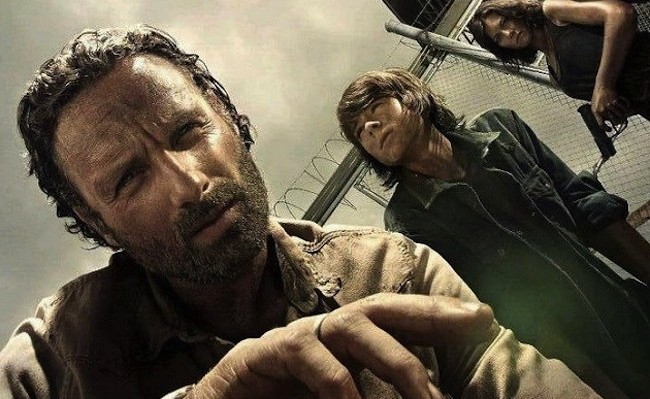 The Walking Dead makes it’s return on Sunday night, picking up right after the end of its tragic mid-season finale. Rick and his crew are back on the road again, but things aren’t going to work out like they have in the past. That’s according to the man behind Rick Grimes, Andrew Lincoln.

“It’s such a radically different show, the back eight episodes,” says the man who plays Rick Grimes. “I think that people have to be prepared for it. We also go very dark and then something different happens in the story which I think is going to breathe incredible new life further down the road for the show.”

One of the big differences from previous seasons seems to stem from the rest of the group essentially double and triple guessing Rick’s ideas throughout the first half of the season. Supposedly this will be a key point in the second half:

“This is the first season that I’ve been making the right decisions. But then no one f—ing listens to me! It’s bulls—! And I keep saying it. It was making me laugh so much. But, of course, he’s being too democratic. I think that you will see you really hit the nail on the head, because there’s a tightening of the reins. We’re really in trouble when you meet us again and you see almost a soldier pushing his troops on. We’re in dire straits and it’s a man very much back in leader mode. Everybody’s been sort of in separate groups and this is the first time that you meet us together, but that’s not to say it’s without conflict and problems. I think you’ll see, but certainly, the death of Beth has hit everybody profoundly but he is a leader that is almost dragging people with him.”

Apart from that, it seems that big changes are on the horizon. Lincoln is shelling out a lot of praise for showrunner Scott Gimple and claiming that he’s trying a lot of things throughout this second half, including the ongoing mystery of what happens to Rick’s beard:

I’m really, really half terrified, half so excited to see how people view the way the story goes. I mean it’s completely uncompromising and it’s almost like there’s a mini pilot episode in the middle of the season and it’s nuts. It’s f—ing nuts…

The more time I get away from it the more I realize, oh, God it’s such a brave thing that [showrunner] Scott Gimple’s done. I mean, he’s got such brilliance. All the writing I thought from everybody was really magnificent. To be able to juggle what he’s done, to be able to keep so many plates spinning, and do something so radically different is…you know, I actually kneel before him in that reverence.

Check out the entire interview over here to get a full taste of what kind of craziness is in store. Until then, I guess we’ll have to wait and see. If none of this comes to pass and we end up waiting to find Sophia again. Then again, they could kill Daryl in the first episode back. That’d be a game changer.