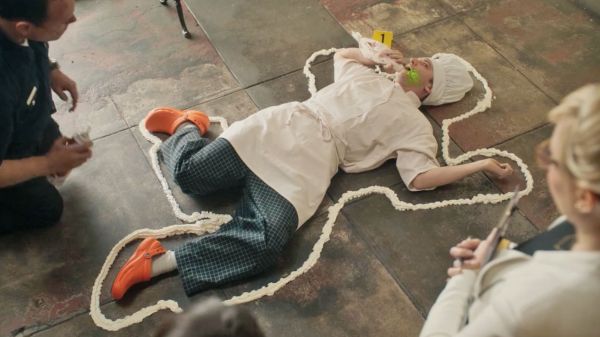 You can’t cook up a story like this. Not with a degree from Le Cordon Bleu. Or even one of those really good spatulas from Bed Bath & Beyond.

In what one might call a recipe for disaster, a dozen bakers have met their demise in the last few weeks – 13 total. It has everyone asking questions – like how could something like this happen? And will their rugelach orders be ready on time?

Luckily, two promising young L.A.P.D. detectives from the Really Heinous Crimes Unit are on the case: Angie Tribeca and Jay Geils. The former, Ms. Tribeca, is known for brandishing 50 shades of lip-gloss and falling in love with every partner she’s had since the Eisenhower Administration. (Strange because she wasn’t even alive then.)

As for Geils, rumor has it that he’s tall and his blood runs cold because his angel is a centerfold. Here’s the hard data proving that.

Tribeca and Geils arrived at the scene to find the latest baker body getting its chalk outline done with Reddi-Wip — the proverbial icing on the death. As for cause of death, at first, the conclusion was a suicide – death by pastry bag.

But that wasn’t it. After further evaluation, Dr. Edelweiss in the coroner’s department made a startling revelation. “You see these holes…I’m thinking that somebody fired a gun into them.” 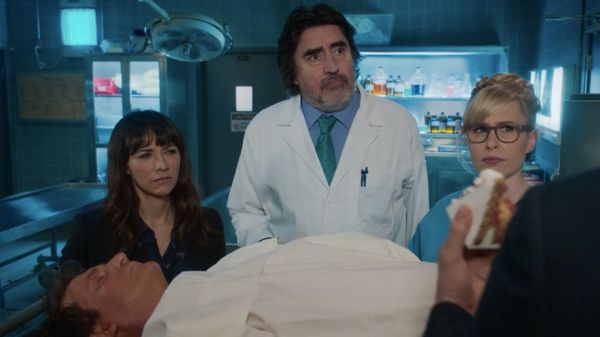 Turns out, the baker had seemingly been murdered – and not by a disgruntled female customer who was recently denied the chance to have her cake and eat it too.

This promising revelation led Tribeca and Geils to prestigious and somewhat suspicious wedding planner Jean Nate, who offered nothing during her initial line of questioning.

They hired her and decided to get married. 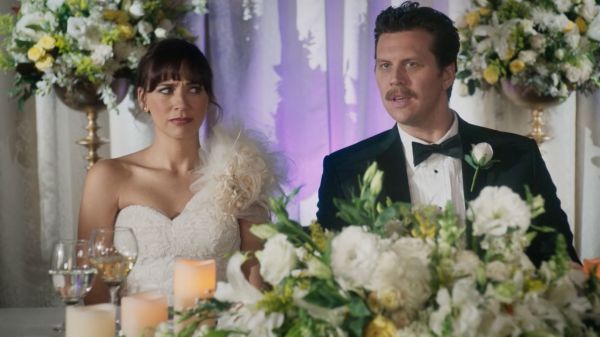 To see how they do the wedding, whose parents paid for it and what their first dance number was, you’ll just have to watch the episode when it airs tonight, Monday 9/8c. Or catch it On Demand. Or online at TBS.com. Or even hire a team of acrobats to re-enact the episode in tableau.

Come to think of it, that last part… not very practical.