1. First off, though Josh has already covered it, for an episode details post, it’s important to be inclusive. So, in case you missed it, here’s the best Breaking Bad callback of the entire first season: The Kevin Costner line was gorgeous! Here it is in video form:

2. Given the fact that the Kevin Costner line came full circle, what other line from Breaking Bad might also work its way into the plot? Well, we know that Saul Goodman, based on lines in Breaking Bad, has at least two ex-wives. Maybe we can assume that his first ex-wife was the woman who “Chet” f*cked, prompting Jimmy to take a dump into his sunroof. There’s some speculation that Kim could be the second wife, based on their obvious chemistry and history together. However, Saul also noted this in Breaking Bad:

“I caught my second wife screwing my stepdad. Okay? It’s a cruel world, Walt. Grow up.”

So, either Kim is not the second ex-wife because she’s not the kind of person who would ever do that, or we are in for a very interesting second, third or fourth season of Better Call Saul that could see a drastic change in Kim. I mean, after all, she’s not around for Breaking Bad, so something must have happened to sour their relationship.

3. This Breaking Bad callback was much more obvious, but it’s also worth noting that Belize is, of course, where Saul Goodman suggested Walter White should send Hank, and by that, he meant “murder Hank.”

4. This was less a callback, and more of an explanation. Why does Saul Goodman wear a pinky ring in Breaking Bad? Now we know. 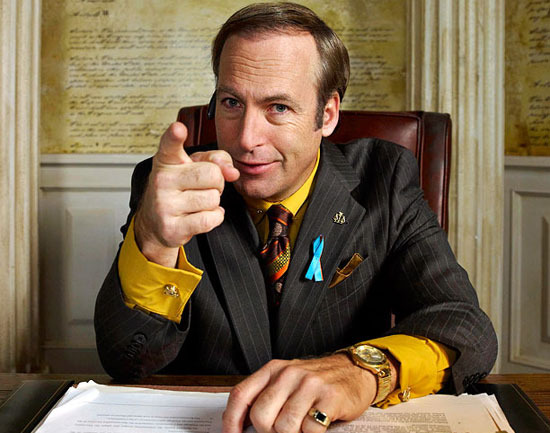 The Saul Goodman alias also harkens back to his time with Marco, so choosing that name very well could have been a hat tip to his old friend.

5. This, from Redditor melinte, is just straight-up funny. The closed captions know exactly how we all feel about Peter Gould:

6. Redditor guiludovice caught this fun little parallel between the first episodes of the series and the finale:

7. Read into this what you’d like, but while you can’t capture it in a screenshot, after Jimmy felt at his pinky ring, there was a long, lingering shot of Jimmy as he is contemplating his future before interviewing for that new job. Notice that he’s also looking to the east.

Is that a callback to the JFK half dollar, as well as the implications that come with the story? About looking into the past? Redditor The_Sven_Hoek thinks so, and given that Gould both directed the episode and wrote that half-dollar scene, I’m very inclined to agree.

8. The Breaking Bad/Better Call Saul writers clearly do not think much of people who drive BMWs. Not only did Chet — who screwed Jimmy’s ex wife — drive a BMW, but Ted Beneke (the douche that Skyler slept with) drove a 1999 BMW, and Ken (of KEN WINS fame) also drove a BMW (via Redditor hajisquickvanish). 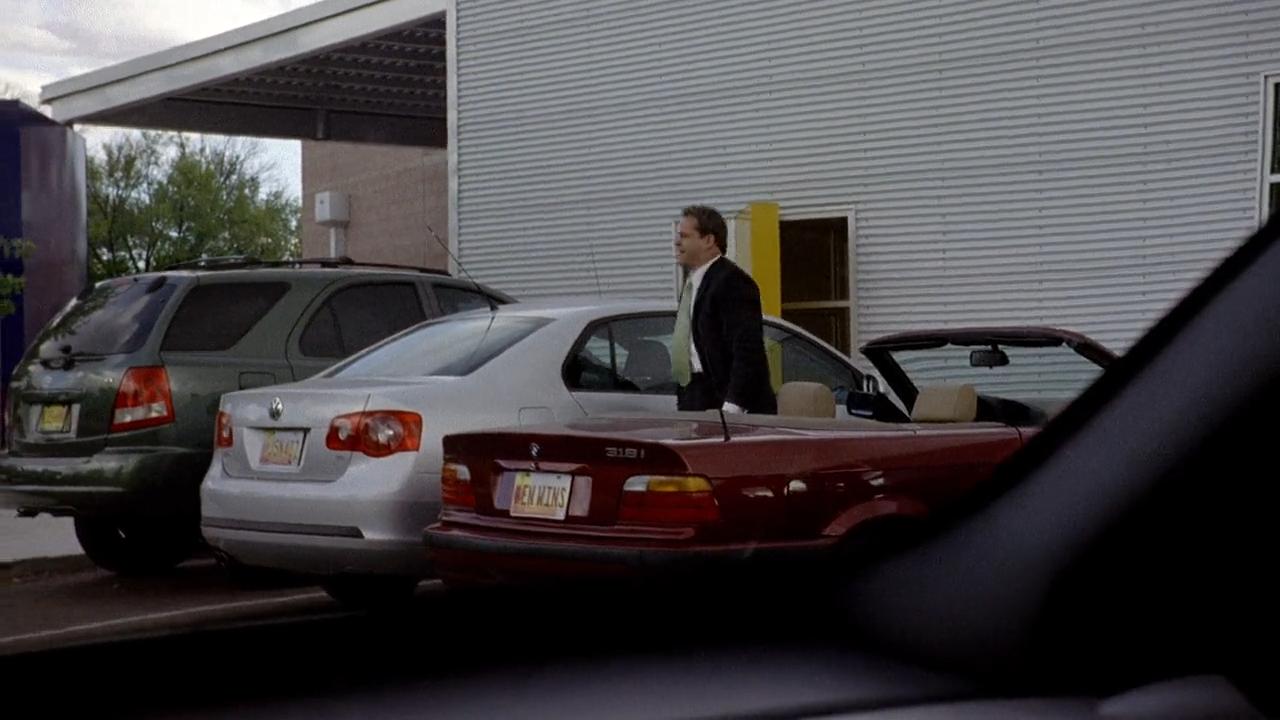 9. The final shot, of the double yellow lines, obviously represents those lines you’re not supposed to cross and hints that Jimmy will do that very thing in the future. Gould seemed to concede as much in an interview with Deadline.

He’s definitely not going to proceed as he has. That is true. I think the end of the season definitely portends some big changes for this guy.

10. Peter Gould noted in an interview with THR that all of the scams depicted in that scam montage are based on real scams (and someone could probably annotate it). Interestingly, he also said that the scam where someone is given a special liquid to wash money is probably “going on somewhere in America right now.” Sure enough, it is a very popular scam.