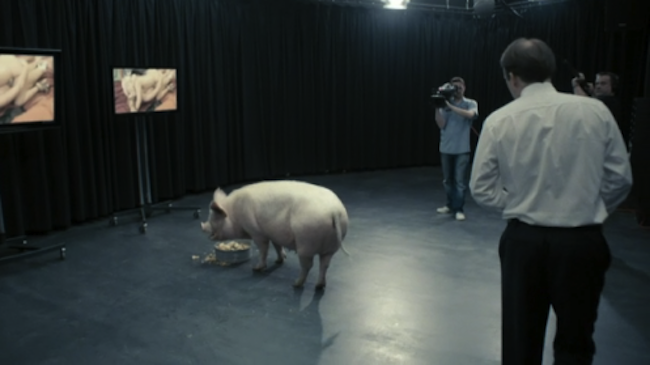 Back in January, there were some rumors that the British dystopian anthology series Black Mirror was going to be remade stateside. That didn’t seem to go anywhere, but now, The Radio Times is saying that Netflix is picking up a new series of the show with creator Charlie Brooker on board. But what they really said is that “[t]he streaming giant is understood to have agreed terms with Brooker and his independent production company House of Tomorrow.” So take that as a “hard maybe.”

Mostly because of Netflix, viewers have been treated to two short seasons of Black Mirror plus one holiday special, which imagined a bunch of near-futuristic scenarios based on the human race’s screwed-up relationship with technology. There is absolutely an audience ready for it to come back, especially since its availability on Netflix has gained it so many new fans. But apparently, Channel 4, which first broadcast the show, has a first-look deal with it; that is for whom Brooker says he writing the new scripts.

The show has featured numerous stars who have appeared in popular shows and movies, such as Domhnall Gleason (Ex Machina), Hayley Atwell (Agent Carter), Jon Hamm (Mad Men, our dreams), and Toby Kebbell, who just appeared in Fantastic Four. It would be incredibly cool to see who else would show up in a new run of the show, and if any of them will do unspeakable things to farm animals.