Friday TV Five: ‘BrainDead’ Has Been Exactly What We Need This Summer 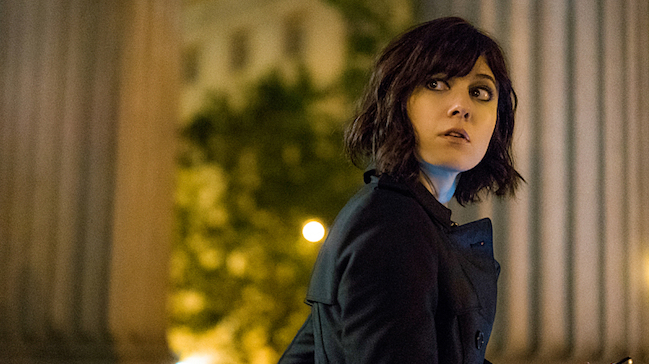 Welcome to The Friday TV Five, a column where we pull out five of the best, worst, and weirdest highlight-worthy things from the week of television, and present them all in a handy list format where the numbers don’t particularly mean anything. We have fun.

1. Turns out what we needed was a fun show about evil insects from space

People have made a lot in the past couple years about the phenomenon of “Too Much TV,” which is fair, because there really is just an absurd amount of television out there. It is quite literally my job to watch TV and I can’t even come close to keeping up with everything. But there’s another issue out there, too, related to the “Too Much TV” problem, and that’s that TV has kind of become too much. With just about every network and streaming service in an arms race to land the type of prestige show that bumps it from the fringe of public awareness to the forefront (it was not long ago that AMC was best known for running Kickboxer sequels into the wee hours of the morning), we’ve seen things take a hard turn toward the serious and heavy.

Case in point: In the last 12 months, USA moved from its patented Blue Skies lineup of shows toward darker programming like Mr. Robot and this summer’s Queen of the South, the latter of which has only been on for a few weeks and has already featured a graphic depiction of rape and a scene where a dead drug mule is cut open so two men can physically fish the remaining packets of heroin out of her abdominal cavity with their bare hands. Royal Pains, this ain’t.

And it’s not just the dramas. Even the comedies are getting heavy. Shows like You’re the Worst and BoJack Horseman have taken deep dives into serious topics like depression and loneliness, and even a supposedly lighter comedy like the brightly-colored Unbreakable Kimmy Schmidt gets reeeaaally uncomfortable when you put two seconds of thought into it and realize Kimmy’s whole upbeat, cheery demeanor is a self-protection device to cover-up a years-long kidnapping at the hands of a manipulative lunatic.

All of which is to say sheeeeesh, TV. I love just about every show I listed up there, but it can really start to wear on you if you let it, this continuous consumption of dark murder dramas and complex sad comedies. Sometimes you need a break from that, for self-care, if nothing else. Sometimes you need a show that’s just fun.

And this brings us to BrainDead on CBS. I’ve discussed the show a few times now, first in a review and then in at least two of these Friday columns, the latter of which dealt with the little recap songs they play at the beginning of each episode, which remain terrific. Don’t get me wrong, the show isn’t all puppies riding rainbows or anything. It’s about alien ants eating people’s brains and turning them into passionate, occasionally violent ideologues. But even with that said, it’s breezy and fun, and very tongue in cheek about Washington politics, which is really refreshing given, like, the news. Mary Elizabeth Winstead is a delight as the idealistic lead, and Johnny Ray Gill appears to be having an almost reckless amount of fun playing a kooky self-taught scientist. And Tony Shalhoub… Tony Shalhoub is a national treasure.

The show isn’t Breaking Bad or Fargo by any means, but if you, like me, occasionally feel like you’re suffocating under the weight of #PeakTV, BrainDead is a breath of fresh air. 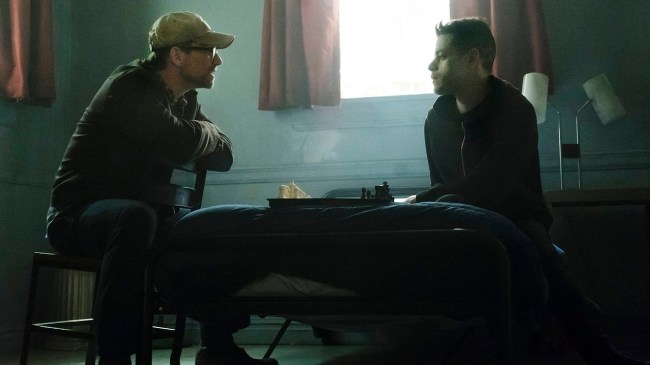 So spoilers spoilers spoilers, but I watched the two-part premiere of Mr. Robot and wrote my recap, and at multiple times I thought to myself, “Hmm, it’s kind of weird how Elliot is staying in this empty room and has this strict schedule and these strange new friends,” but I was so wrapped up in trying to digest all the pieces that I never gave it the required amount of critical analysis. Then I read the “Elliot is in a mental hospital” theory at Vulture and it hit me like a ton of bricks. Of course that’s where he is. It might even explain the mysterious knock on the door at the end of last season. It could have been people coming to have him committed.

Or, you know, not. Mr. Robot rarely makes things easy.

As someone who has seen every episode of the original Law & Order numerous times, the season premiere of HBO’s The Night Of drove me up a tree at times. Not because the quality was bad or anything. Quite the contrary, actually. It was really pretty great. My problem was that I was sitting in front of my television watching young Naz answer questions and submit to DNA tests in the police station and I was screaming, “Lawyer up, dummy! What are you doing?! Oh God, not the penile swab! Lawyerrrrrr.”

Once the episode ended and I settled down enough to start thinking rationally about it (like four or five hours ago), something jumped out at me: With the original Law & Order off the air and not available to stream anywhere (another travesty for another day), entire generations of children have lost a vital resource for learning to lawyer-up in an interrogation. I knew by age 16 that if a cop wanted to ask me questions, I should first ask if I was under arrest and then I should ask for a lawyer, and it’s all thanks to watching wise-ass criminals get lippy with Lennie Briscoe. The show was practically doing a public service in that way, keeping the populace informed of their constitutional rights when dealing with the police. It should be rebooted on PBS and paid for with our tax dollars.

Yup. Still laughing about the thing from Zoo where Bob Benson from Mad Men slapped an evil general and shouted “Where’s the sloth?!”