David Schwimmer And The Quest For 100 Juices: The Dream Is Dead 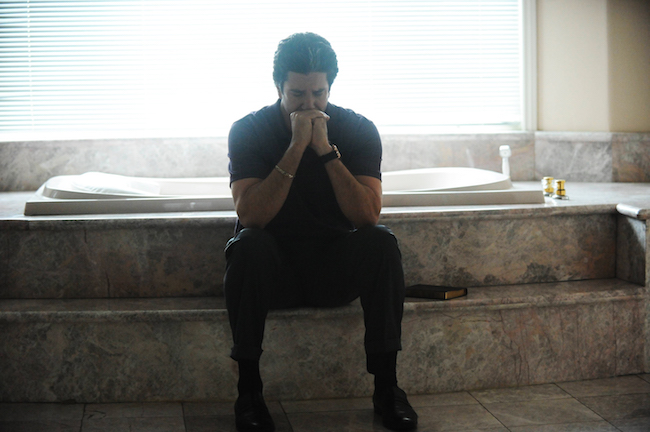 In this weekly addendum to our People v. O.J. Simpson: American Crime Story reviews, we’ll be keeping track of how many times David Schwimmer — in character as Robert Kardashian — calls O.J. Simpson “Juice,” and charting his progress to see if he can reach 100 total Juices by the end of the season. Yes, this is our job. Yes, we went to college.

It is with a heavy heart that I must inform you that our dream of 100 Juices uttered by David Schwimmer on American Crime Story appears to be dead. Conditions changed so quickly on us. After giving us over 40 Juices in the first four episodes, putting us right on pace for our goal, the series has now left us completely Juiceless for two episodes in a row. One, we could survive, maybe, with renewed focus and commitment to putting David Schwimmer in a position to succeed. But two leaves us in dire straits. Nathan Lane said the n-word six more times than Schwimmer said Juice last night. That alone is proof that our quest cannot survive.

(Actually, “completely Juiceless” isn’t quite accurate. During the meeting between O.J. and his lawyer in prison, O.J. shouted “I’m the Juice!” and Schwimmer nodded to confirm. A kind of implied “Yes, you are the Juice.” I almost considered giving him a partial Juice for it, but then I realized that doing so would stink of desperation. The Quest for 100 Juices is nothing without its dignity and rigorous standards.)

A rate of 15 Juices per episode would be a tall enough order in ideal circumstances (a Juice every three minutes, not including commercials), but with Robert Kardashian’s increasingly shrinking role as the show moves into the actual trial, it’s now more or less impossible. At this point, the only real hope we have is that the entire ninth episode of the show is about Robert Kardashian running off to Joshua Tree with Kato Kaelin and eating a bunch of peyote while the jury is deliberating, and then just sitting there rocking back and forth all night hallucinating madly while repeating “He’ll always be the Juice” over and over until the words lose meaning to him.

On second thought, this would be incredible. Please do it.