Everything Coming To And Leaving Netflix In August 2019

If that fact just blows your mind, wait until you see the lineup Netflix is giving subscribers this month. The second season of Mindhunter, more seasons of GLOW and Dear White People, a Tiffany Haddish comedy series, a Dark Crystal animated revival, and that’s just a handful of original content landing on the streaming platform soon. Blockbusters, dramas, comedies, and the latest seasons of TV’s biggest hits are also making their way to Netflix this month, so forget making any plans that don’t include the couch and a big-screen TV.

Here’s everything coming to (and leaving) Netflix in August. 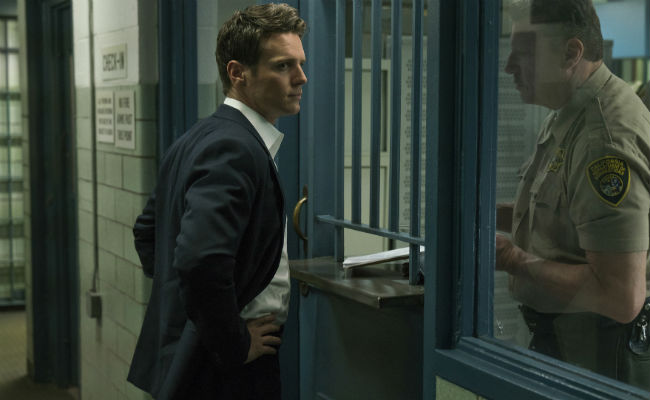 David Fincher returns to direct the second season of this true-crime series which also sees stars Jonathan Groff and Holt McCallany step back into the shoes of FBI agents Holden Ford and Bill Tench as they investigate the Atlanta Child Murders of the early 80s. The investigation into the killing spree — which saw 28 members of the African-American community dead when it was over — has been reopened recently, which makes the launch of season two all the more fascinating. Fans will also get a chance to see Charles Manson sit across the table from Ford and Tench, as the two study the infamous cult leader to help solve the Atlanta case.

The third season of Dear White People will see the students of Winchester embracing change and new challenges as The Order of X is explored and new characters come on board. While Reggie continues to rebel against his carefully cultivated identity as a friendly activist, the rest of the group explores new romances and confronts old hurts.

The ladies head to Las Vegas to perform a run of shows that test their bonds with each other and how far they’re willing to go to achieve fame and glory in the world of wrestling.

ComedianTiffany Haddish introduces the world to six of her favorite comedians this collection of half-hour specials hosted by the Girl’s Trip star. Everyone from Chaunté Wayans (Wild n’ Out) to April Macie (Last Comic Standing), Tracey Ashley (The Last O.G.), Aida Rodriguez (Comedy Central’s This Week at the Comedy Cellar), Flame Monroe (Def Comedy Jam), and Marlo Williams (BET’s Comicview) take the stage to perform bits as Haddish shines the spotlight on her contemporaries.

Fans of Jim Henson’s 80s dark fantasy epic should be happy with this animated revival from Netflix which signals a return to the world of Thra and a new adventure filled with Gelflings, rebellions, magic, and mayhem. Taron Egerton and Mark Hamill lend their voices to a couple of new heroes in this thing too.

Here’s the full list of titles coming to Netflix in August:

Avail. 8/1/19
Are We Done Yet?
Boyka: Undisputed
Four Weddings and a Funeral
Groundhog Day
Horns
Jackie Brown
Jupiter Ascending
Now and Then
Panic Room
Rocky
Rocky II
Rocky III
Rocky IV
Rocky V
Sex and the City: The Movie
Something’s Gotta Give
The Bank Job
The House Bunny
The Sinner: Julian
To Wong Foo, Thanks for Everything! Julie Newmar
Why Do Fools Fall in Love

Avail. 8/6/19
Screwball
Sebastian Maniscalco: Why Would You Do That

Here’s the full list of titles leaving Netflix in August:

August 11
No Country for Old Men

August 20
The Hitchhiker’s Guide to the Galaxy