Jim Broadbent Joins ‘Game Of Thrones’ For A ‘Significant’ Role So Let The Speculation Begin! 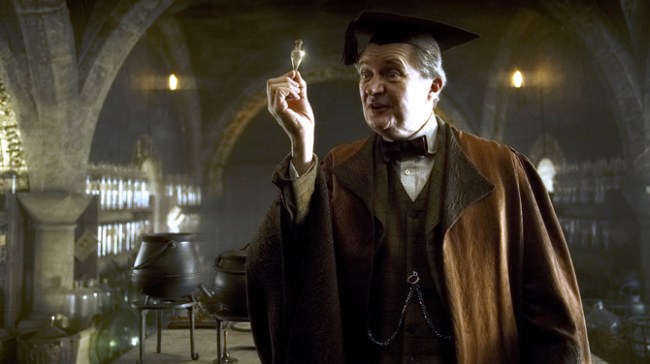 The world of Game of Thrones speculation is easily one of the most intense and oft-obsessive subsects of the internet that has ever existed, right up there with 9/11 truthers and the #DicksOutForHarambe movement. It is a world where even the most minuscule of developments often lead to a whirlwind of speculation from book and show purists alike, no doubt fueled by the constant needling and incredibly vague hint-dropping that showrunners D.B. Weiss and David Benioff seem to take endless pleasure in.

Last season, Game of Thrones fans nearly went ass over teakettle when it was announced that Ian McShane would be joining the cast in a minor role, leading to rumors that everyone from Lady Stoneheart to Sandor “The Hound” Clegane would be entering (or re-entering) the fold — with the latter rumor eventually being confirmed in episode seven’s “The Broken Man.” So when EW revealed earlier today that veteran English actor Jim Broadbent would be joining the cast in a “significant” role in season seven, you best believe that certain corners of the web went and lost their damn minds.

Jim Broadbent is joining the cast of GAME OF THRONES because my addiction to it isn't already crippling enough.

Known to some as Horace Slughorn, the potions teacher and Head of Slytherin House from the Harry Potter series, Broadbent has been a regular mainstay of the industry since the early ’80s. In 2001 alone, he received an Academy Award for Best Supporting Actor for his portrayal of John Bayley in the biographical drama Iris and a BAFTA Award for Best Actor in a Supporting Role as Harold Zidler in Moulin Rouge!. To me, however, he’ll forever be remembered as the buffoonish and secretly dastardly Inspector Frank Butterman from Edgar Wright’s Hot Fuzz.

As to who Broadbent will be playing in the upcoming season, well, you should know better than that. According to EW, “We only know that Broadbent’s role is ‘significant.'”

Some vague casting descriptions have leaked in recent weeks, but oftentimes such character rundowns sent to casting agents are deliberately deceptive because producers assume they will find their way online.

So yeah, it’s basically pointless to start speculating over a role which next-to-no details have been released about. I’m confident that none of you in the comments section will disagree with this assessment.