How Much Did Nic Pizzolatto Self-Plagiarize ‘True Detective’ Season Two?

It’s not uncommon for authors to repeat themes, incidents, and character types. John Irving, for instance, has a prostitute in nearly all his books. Richard Russo’s novels are the same character types all swapped around, and they’re always either in Maine or upstate New York. Aaron Sorkin is famous for repeating lines and storylines in all of his shows.

Basically, you write what you know, but when it’s a murder mystery, it helps to shake things up. Nic Pizzolatto may have added two additional lead characters in season two of True Detective, but the mystery plot itself followed a very familiar trajectory if you’ve seen season one of True Detective. In both seasons, he basically hooked his storyline on a murder that he buried under a conspiracy, and, in both cases, that dead body in the opening episode ended up something of a MacGuffin: It was fairly unimportant to the overall plot.

To really get a sense about how much Pizzolatto borrowed from himself, it helps to visualize it. Here are 10 ways in which Pizzolatto very obviously repeated himself in season two.

1. Both seasons kicked off with a gruesome death involving sex and torture, and though the mystery killer drove the plot in both seasons, the identity of the murderer was ultimately an afterthought.

— Dora Lange in season one. 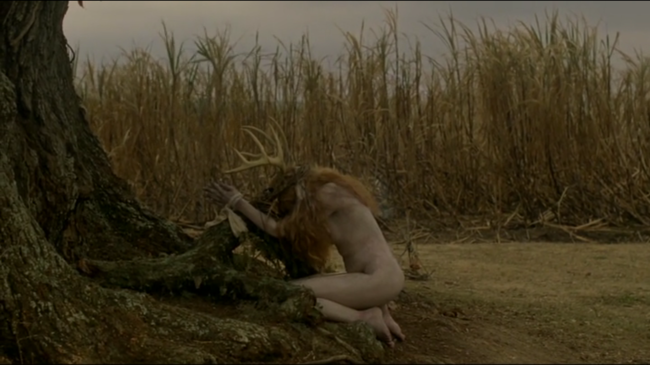 2. The killer in season two wore a bird mask. The murder season in season one contained twig latticeworks resembling bird traps. In fact, animal masks played a significant roles in both seasons. 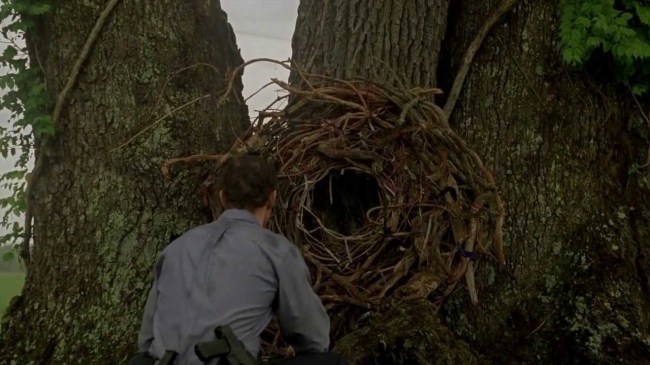 3. In both seasons, a second minor missing person’s case pulled attention away from the major storyline. Both missing persons tied into the larger overall conspiracy.

In season one, it was Marie Fontenot (who was raped as a teen, as was Ani in season two):

In season two, it was Vera:

4. In both seasons, the two leads — Rust Cohle and Ray Velcoro — were divorced, both owing to traumatic events. In Rust’s case, it was the death of his daughter. In Ray’s case, it was the rape of his wife. Both incidents also led them to become heavy drinkers. 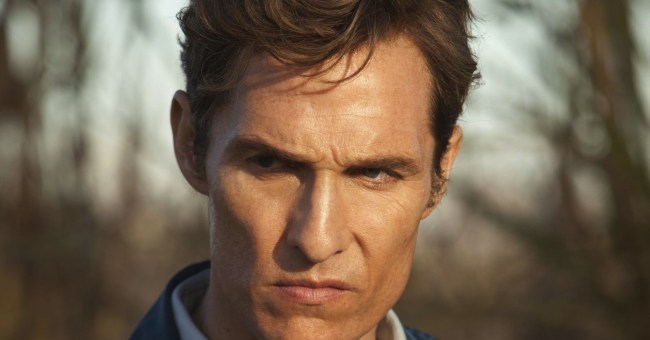 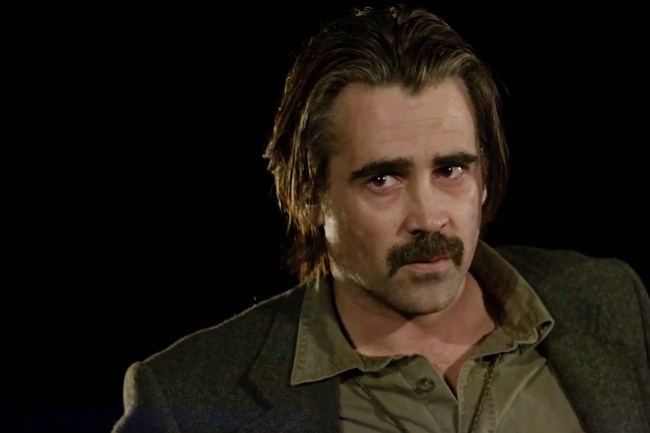 5. Both seasons introduce a religious figure with a cult following that seems significant, but barely plays into the plot at all, except as someone with a previous affiliation with the members of the greater conspiracy:

In season one, it was Joel Theriot:

In season two, it was Eliot Bezzerides:

6. In both seasons, the actual killer is introduced in the third episode and completely forgotten about until the end. Both had mundane jobs, both answered questions matter-of-factly, and both obviously had very close relationships with their sisters. In season one, it was the lawnmower man (who was sleeping with his sister):

In season two, it was the set photographer, who found Caspere through his sister:

7. In both seasons, someone who was not the actual killer was killed by the cops, and, in both cases, the investigation was written up as “solved” by the powers that be, even though it wasn’t the actual killer. After the death of the red herring, there is a time jump in both seasons, and, in both cases, the leads regroup to investigate the case without the authority of their respective departments. In season one, it was Reggie Ledoux, the Yellow King:

In season two, it was Ledo Amarilla (and “Amarilla” means yellow in Spanish).

8. In both seasons, the participants in the greater conspiracy was pictured in an old photograph. In season one, it was the Five Horsemen:

In season two, it was another five men, including Chessani, Pitlor, Bezzerides, et. al.

9. In season one, the Tuttle family was behind the school that basically farmed out little girls to rich and powerful men. In season two, the Chessanis were the family that basically pimped women to rich and powerful men. Reverend Billy Lee Tuttle and Austin Chessani were both sons of even more heinous men than they were, and both wound up dead in the end.

10. In both seasons, a lot of attention was given to those powerful families — the Tuttles and the Chessanis — and their involvement with the sex trade, but, in both cases, they were only tangentially related to the central murders. The murders uncovered the conspiracies, but had little to do with them. In both seasons, the conspiracy also led all the way up to the state level. In season one, it led up to Louisiana Governor/future Senator Eddie Tuttle, and in season two, it led up to Attorney General future Governor Richard Geldof. Moreover, the Tuttle’s Wellspring Schools in season one and the sex parties in season two essentially operated as the same function.

So, basically, if you wanted to figure out the murderer of Ben Caspere, you could’ve looked to season one, lined up the framework, and figured out that it was the set photographer by the third episode.