UPROXX 20: Kathleen Madigan Really Has A Thing For Guinness Stew 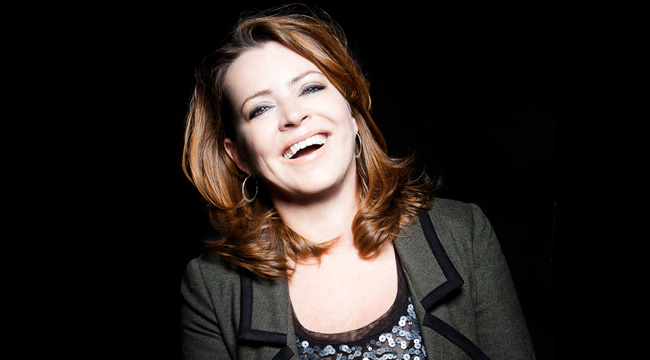 Comedian Kathleen Madigan is probably best known for her numerous standup specials on HBO, Comedy Central, and Netflix and also for being a finalist in season two of Last Comic Standing. Her latest standup special, Bothering Jesus, is available now for streaming on Netflix; it’s Madigan’s third standup special available on the streaming service. “I love working with them. They’re the young people,” Madigan says about Netflix. “Network TV will need to adapt quickly to even have a chance to stay in the game. Netflix gets it and makes it so easy for us. Instead of it being a battle of content and rules, it’s just fun. What it’s supposed to be.” Madigan was nice enough to answer our twenty questions questionnaire recently.

Bud Light and can I have an olive. Thanks.

ESPN (AND PLEASE SOMEONE TELL THEM ALL SPORTS ON TV FOR THAT DAY SHOULD BE LISTED WITH TIMES AND CHANNELS ON THE HOME PAGE). Thanks, I’ve calmed down. CNN although their breaking news is 5 hrs behind their own Twitter feed and half of it isn’t even news but whatever CNN.

Tie. “Landslide”/ Fleetwood Mac and “Dog Days Are Over” / Florence and the Machine

7. If you could go back and give your 18-year-old self one piece of advice what would it be?

Stop waiting to get taller. It was all a lie. This is it. Find a good tailor.

8. What’s the last thing you Googled?

Dolly Parton’s brother Randy and his theater debacle. I recommend that story.

Dolly Parton in Atlanta this summer. 3 hrs and she was UNBELIEVEABLE, and I’m a Stevie loyalist but Dolly’s just a party for 3 hours.

Look Who’s Back by Timur Vermes. It’s about if Hitler woke up in a park but no one believed it was really him and he becomes a YouTube star. Seriously funny.

My Mom told me I could make up things about her if need be to win a reality show. I did not do that but nice offer.

I’d golf with Lewis Black, then we’d go to a casino.

Loving the St. Louis Cardinals and hating the LA Rams (Google shitbag owner Stan Kronke). Yes, bitter and angry but ok with that in one area of life.

Ugh. The Hindenburg? Seriously not a movie person. Oh wait, Inside Out, cuz my pal Lewis [Black] is the voice of anger and Everest.

Nic Cage would not be invited. I’d give him a gift cert to Applebee’s. He just seems too odd to deal with but nice enough to send him somewhere sensible.