What could’ve been a perfectly fine clip of Kit Harington being raked over the coals (in a friendly way) about his campaign of lies leading up to the reveal of Jon Snow’s fate in Game of Thrones was ruined (ruined!) when Maisie Williams phoned into a live talk show to make plans with her co-star.

Despite being nowhere near each other in Westeros, the two on-screen Starks and off-screen friends seem to be quite a chummy pair. It’s probably thanks to boatloads of press work they have to do. These two are Comic-Con veterans at this point. They grew up under those nerdy lights and we all know that’s a bond that cannot simply be broken. Not even with Valyrian steel.

So, back to the interview. After discussing Kit’s sly ability to keep the world on edge regarding Jon Snow’s fate, the tone shifts quickly, when the DJ works his board to let on Kit’s “biggest fan” who ends up being a breathless Maisie Williams.

“Oh my god. I can’t quite believe I’m here, it’s Maisie Williams,”she says. Unfortunately, she didn’t let the joke of being an excited superfan go on to really confuse Kit, but all was well as the two actors end up digressing into making plans after Kit’s play Doctor Faustus. “Come on a Thursday night, no actually a Thursday or a Saturday,” Kit says. He then realizes that they’re just chatting, making plans on the radio for all to hear. It’s nice. It’s like listening in on a half-sibling conversation. 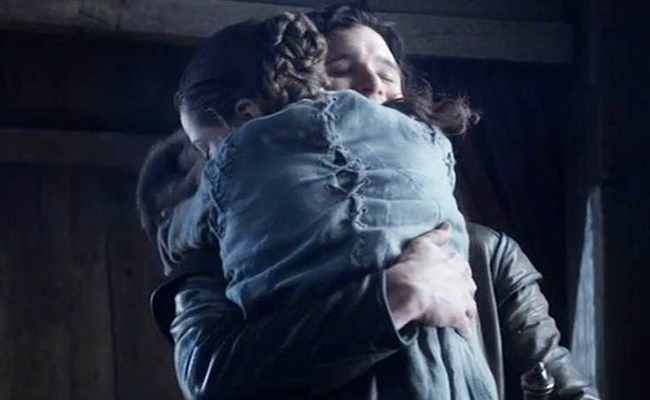