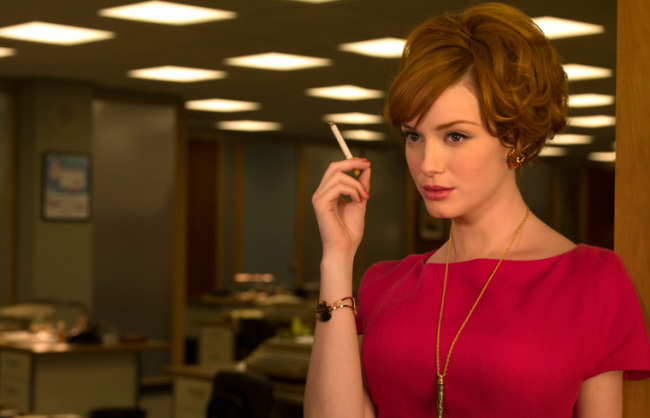 The last seven episodes of the split final season of Mad Men kick off on April 5, which means at least two things: One, provided my math is correct, the series finale will air in mid-May, about four months from now; and two, fans of the show are going to have to try to make peace with that at some point between now and then. This second thing is not going to work. People are going to freak out. The amount of typed words dedicated to the show between March and June may snap the entire Internet in half like a pair of dollar store sunglasses.

Probably not helping matters, showrunner Matthew Weiner discussed the finale at a recent panel, laying out the broad strokes and theorizing about the nature of art in general. From AdWeek:

“I’m trying to delight them and confound them, and not frustrate and irritate them. I don’t want them to walk away angry,” Weiner said of Mad Men viewers. But at the same time, “I don’t want to pander to them. … Sometimes, people have to be protected from what they want to see happen. You can’t just give them everything they want.”

“Part of entertainment can be catharsis,” he said. “Bad things happening are considered a good experience in entertainment.”

So if you’re hoping for Don and Joan to get married at a ceremony in Monaco officiated by a tipsy, wise-cracking Roger Sterling immediately followed by a dance party montage set to “Let’s Hear It for the Boy” by Deniece Williams from the Footloose soundtrack, I mean, I wouldn’t hold your breath.

But — BUT — let’s read between the lines here. Especially that last part. If I’m interpreting this correctly, Matthew Weiner is saying “a bad thing” is going to happen that will provide “catharsis” and be “a good experience” for the audience. Hmmm, what could that be. What ever could that be?